BSF DIG visited the jawan's gutted house in Khajuri Khas area of northeast Delhi, where nine other houses were also torched by angry mobs on Tuesday. 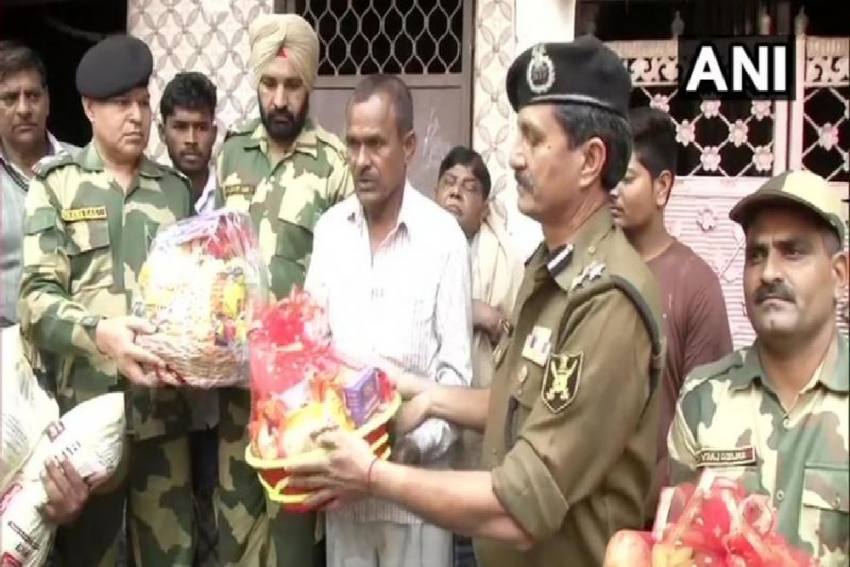 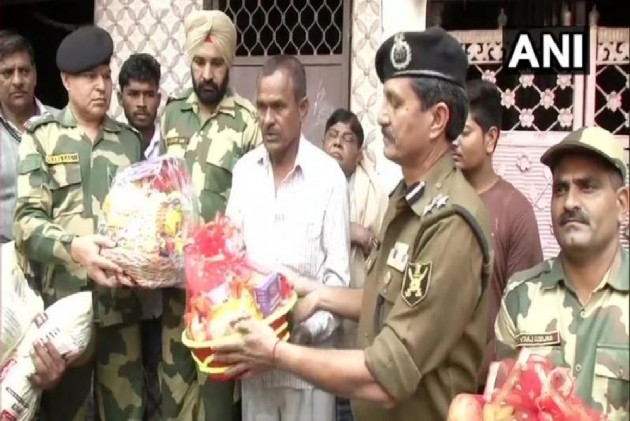 The Border Security Force (BSF) on Monday handed over a cheque of Rs 10 lakh to its trooper Mohammad Aness, whose house was gutted in the Delhi violence last week.

Anees was handed over the cheque by BSF Inspector General D.K. Upadhyay at its headquarters here.

Anees, who was posted in Odisha, had arrived in Delhi on Sunday.

BSF DIG Pushpendra Singh Rathore had visited the house of Anees on Saturday, after IANS first reported about his house being gutted in the violence on Thursday. Rathore had promised the family to help rebuild the home.

READ ALSO: Delhi Riots 2020: Where Were The Leaders When Goons Killed, Burned And Looted?

IANS had interviewed Anees's uncle Mohammad Ahmed on Thursday, a day after the situation became a bit normal.

The family members of Anees were seen collecting the unburnt items from their gutted house.

The family of Anees hails from Bihar's Munger district and settled in the national capital four decades ago.

Rathore visited Anees' gutted house in Khajuri Khas area, where nine other houses were also torched by angry mobs on Tuesday. Rathore had assured the family that arrangements would be made to bring Anees to Delhi.

Rathore had said, "We will completely repair the house and we will also give him financial aid. We are calling the boy for a Delhi posting till the time he is comfortable here. We will help him in getting financial aid from the state government."

Ahmed had on Thursday said that his house was torched in Karawal Nagar's Khajuri Khas area and that it was the timely intervention from the locals that saved his and his family's lives.

"Some locals after seeing the smoke went to the rooftop with water pipes to douse the flames. Even as they did it, the gas cylinder in the house of his neighbour Mohammad Iliyas exploded and the balcony of the top floor collapsed," he said.

"Then some other locals and policemen managed to open the doors of our homes and brought us out and took us to a safer place," he said.

The clashes broke out on Sunday between groups for and against the new citizenship law. In the three days of clashes since then, hundreds of vehicles, shops and houses were gutted in the violence. The residents have questioned the role of the Delhi Police over its inaction.