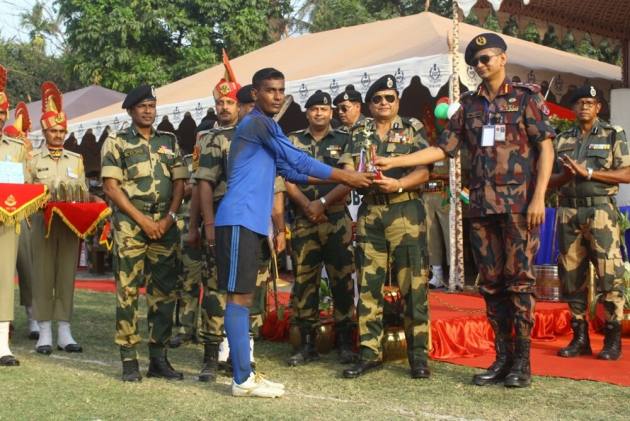 The South Bengal Frontier of the Border Security Force (BSF) arranged a friendly football match on Friday in Shikarpur with the Border Guards Bangladesh, in Bengal’s Nadia district.

The match was held in honour of Prime Minister Narendra Modi visit to Bangladesh to commemorate three most significant events --- “Mujibo Borsho”, the birth centenary year of Bangladesh's founding father Shaikh Mujibur Rahman, 50 years of Liberation of Bangladesh and 50 years of India's diplomatic relations with its neighbour.

Ashwini Kumar and Zia Sadat Khan closed the ceremony with their speeches. The match elicited a huge response from both sides.

South Bengal has a densely populated land border as well as a long riverine border.

“It's a welcome move that BSF & BGB are attempting to engage the local population. However, I think that these attempts should not be limited to a football match. Rather there is a huge scope of bettering the lives of the border villagers, such as opening at least two border haats in the jurisdiction of each battalion," said Hoogly-based human rights activist Kirity Roy.
Roy's organisation MASUM probed nearly 105 alleged killings by the BSF.