Bringing Down Elected Govt With Money Is 'Treachery': Shiv Sena

Shiv Sena's comments came in the wake of the Centre seeking a report from Rajasthan chief secretary on allegations of phone tapping after two audio clips of conversations purportedly regarding a conspiracy to topple the states Congress government emerged. 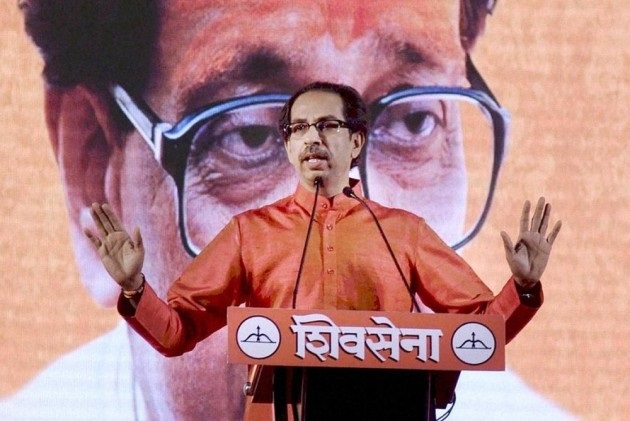 Phone tapping is an assault on personal freedom and bringing down a democratically-elected government using money amounts to "treachery", the Shiv Sena said on Monday referring to the Rajasthan political crisis.

It needs to be decided which one of this is a bigger crime, an editorial in Shiv Sena mouthpiece 'Saamana' said, claiming the Rajasthan telephone tapping episode has exposed many.

It said a lot of revelation will come to the fore in case someone hears secretly the conversations among Congress leaders and those (conversations) reach party leader Rahul Gandhis ears, and claimed some people are hell-bent to not let the Wayanad MP work properly.

This, in effect, hurts the entire opposition, the Shiv Sena said.

Its comments came in the wake of the Centre seeking a report from Rajasthan chief secretary on allegations of phone tapping after two audio clips of conversations purportedly regarding a conspiracy to topple the states Congress government emerged.

The BJP on Saturday asked if the Congress government in the state resorted to unconstitutional methods to tap the phones of politicians, and demanded a CBI probe into what it called a saga of illegalities and concocted lies.

"Phone tapping is an offence and assault on personal freedom. It is treachery to bring down a democratically-elected government using money. Hence, it needs to be decided which one is a bigger crime, the Shiv Sena said.

"The deal which was on between the BJP and Sachin Pilot was to the extreme of exchanging money. That means it was decided that the Rajasthan government would be brought down by offering money and purchasing majority engaging in horse trading," it alleged.

"Chief Minister Gehlot exposed that Sachin Pilots rebellion against injustice was a lie (not genuine) and for that, brought to light the phone conversation between Pilot and BJP leaders. It is shocking and equally sensational," it further said.

"The central powers pressure and money was used to bring down the Gehlot government," the Shiv Sena charged, adding that the Congress foiled it.

It further said phone tapping is an assault on ones personal freedom and the Centre ordering a probe into the episode was right.

"Now the question is what was the emergency in the country or the state that led to the Gehlot government hearing the conversations? Activities were on in Rajasthan to bring down a majority government and MLAs were being bought at increasing prices, the Shiv Sena alleged.

Pilots rebellion was driven more by money than morality. This is nothing but corruption and the Gehlot government has registered an offence against Union minister Shekhawat based on evidence, it  said.

The BJP is not ready to speak about the serious offences and allegations against Shekhawat, it further said.

Why those who are seeking Presidents rule in Rajasthan have not made Shekhawat resign? First make Shekhawat resign, atone for poaching of MLAs and then point a finger towards the Gehlot government, the Shiv Sena said.

It said phone tapping is not limited to Rajasthan only.

Allegations are being made about shadows of invisible Emergency hovering over the country, it said.

"Games are being played these days to debilitate opponents politically, socially and mentally by dislodging them from their governments (in the states), it claimed.

The Shiv Sena, which formed government in Maharashtra with the NCP and Congress last year, alleged that the dramatic events, unfolding before the Maha Vikas Aghadi regime was established in the state, were tinged with phone tapping of leaders of the three parties.

It also said disputes within the Congress are unending and are raked up by certain people, as if to not let Rahul Gandhi succeed.

The Congress lost power in Madhya Pradesh out of such disputes, while the Rajasthan government has been saved for the moment, the Uddhav Thackeray-led party said.

The Rajasthan phone tapping episode has exposed many. But a lot of revelation will come to the fore if someone hears secretly conversation among Congress leaders and takes it (conversation) to Gandhi. Some people have been hell-bent on not letting Gandhi work properly. This is hurting the entire Opposition, it said.