Major Chitresh Bisht was killed while defusing a landmine along the LoC in Nowshera sector of Rajouri in Jammu and Kashmir. 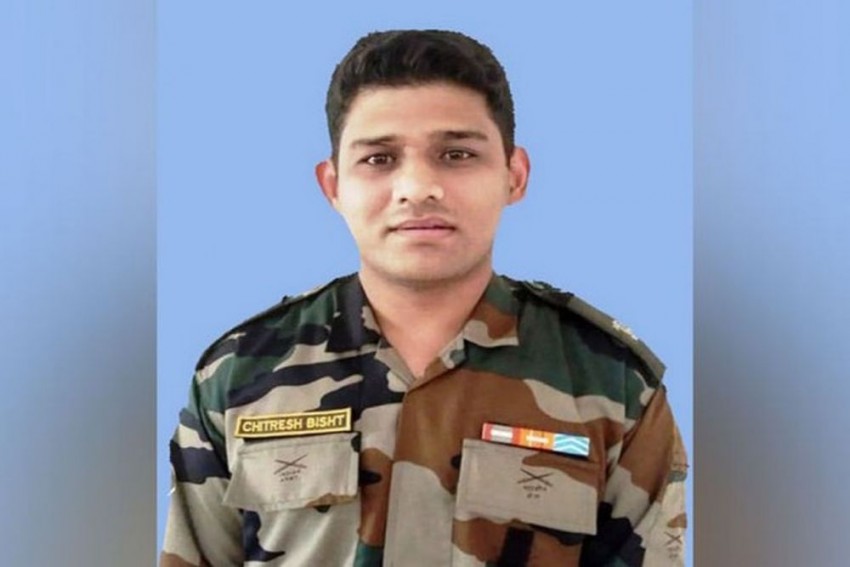 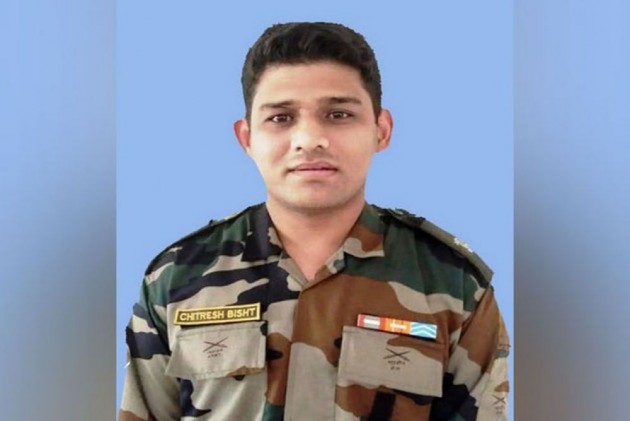 The body of Major Chitresh Bisht, who was killed while defusing a landmine along the LoC in Nowshera sector of Rajouri in Jammu and Kashmir, was brought to Dehradun in an army aircraft on Sunday.

From Dehradun's Jollygrant airport, his body was taken to the military hospital where it will be kept till Monday when the last rites will be performed.

Major Bisht, 31, was leading a bomb disposal squad team for sanitisation when mines were detected on the track in Naushera sector around 3 pm, a defence spokesman had said Saturday.

He said the team defused one of the mines successfully but while neutralising another mine, the device got activated and the officer suffered grievous injuries and attained martyrdom, he had said.

Bisht's home at Nehru Colony which was eagerly awaiting his arrival later this month for his marriage slated for March 7 was plunged into mourning as the sad news arrived on Saturday evening.

Friends and relatives kept streaming into his home throughout the day to comfort his distraught parents.

"I salute the supreme sacrifice made by Major Bisht in the service of the nation and send my heartfelt condolences to the martyr's family. The entire country stands with them in this hour of grief," Chief Minister Trivendra Singh Rawat said in a tweet.

Hailing from Ranikhet in Almora district, Bisht's parents live in Dehradun. His father S S Bisht is a retired policeman and his mother a housewife.

His marriage was slated for March 7 and he was to come home on February 28, sources close to the family said.