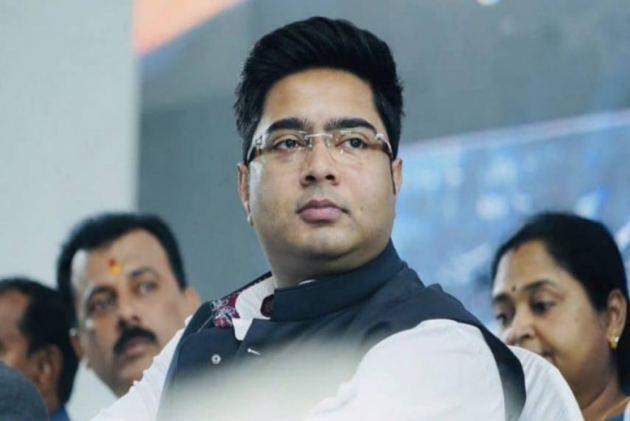 Trinamool Congress national general secretary Abhishek Banerjee on Thursday claimed BJP will collapse in West Bengal if his party allows members from it to join them amidst several defections from the later party into TMC.

Addressing a rally at Murshidabad district's Samserganj constituency, where polls are set to be held on September 30, Banerjee claimed that BJP leaders, mostly MLAs, have been queuing up before the TMC office, the doors of which are shut.

"We have kept the doors closed. If the doors are opened, the BJP will surely collapse," he said.
The Diamond Harbour MP further said that the Mamata Banerjee-led party, during the March-April Assembly polls, had driven "outsiders" away, and it would do so again in the upcoming polls.

The TMC has often referred to the BJP as a "party of outsiders".

"These outsiders need to be taught a lesson again... The saffron party will be defeated in the upcoming elections. Wherever the BJP is in power, we will go there and dislodge the party," he asserted.

The MP also alleged that the BJP government in Tripura has imposed restrictions under Section 144 of the Criminal Procedure Code to stop him from holding rallies in the neighbouring state.

"How long will the order be in force in Tripura? The TMC will register victory in Tripura for sure. People will see what the TMC is capable of achieving in the next three months," he added.

Assembly polls are scheduled to be held in Tripura in early 2023.

The TMC has fielded Amirul Islam from Samserganj seat, where polls were earlier countermanded following the death of Congress candidate Rezaul Haque. (With PTI inputs)