Mamata Banerjee has lost her cool twice in the last few weeks over people chanting 'Jai Sri Ram' at some places in West Bengal while her motorcade was passing through. 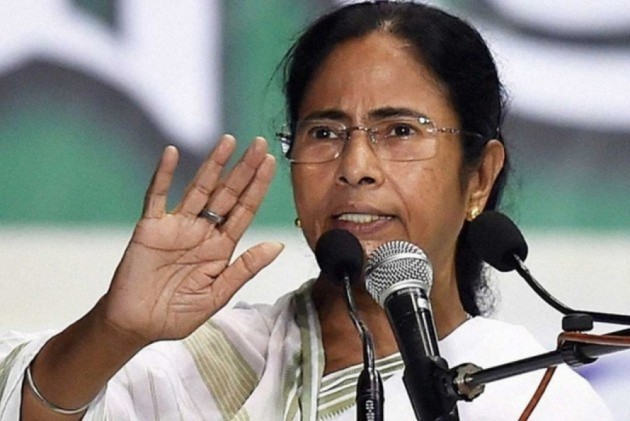 West Bengal Chief Minister Mamata Banerjee on Sunday alleged that the BJP was mixing religion with politics by repeatedly using the 'Jai Sri Ram' phrase. The Trinamool Congress supremo also claimed that attempts were being made to propagate the ideology of hatred, which should be opposed.

"'Jai Sia Ram', 'Jai Ram ji ki', 'Ram Naam Satya Hai' etc have religious and social connotations. We respect these sentiments. But BJP is using religious slogan 'Jai Sri Ram' as their party slogan in a misconceived manner by way of mixing religion with politics (sic)," she said in a Facebook post.

Banerjee said she had no issues regarding any particular slogan being used in political rallies or events of a party.

"I have no problem, regarding any particular slogan of political parties in their rallies, and for their party purpose. Every political party has their own slogan. My party has 'Jai Hind, Vande Mataram'. The Left has 'Inquilab Zindabad'. Others have different slogans. We respect each other," the chief minister said.

Banerjee said she does not respect "this forcible enforcement of political slogans on others".

The chief minister has lost her cool twice in the last few weeks over people chanting 'Jai Sri Ram' at some places in the state while her motorcade was passing through.

On Thursday, Banerjee was greeted by the slogans in Barrackpore, where TMC candidate Dinesh Trivedi was defeated by BJP's Arjun Singh in the Lok Sabha polls.

In a video that has gone viral on social media, Banerjee can be seen getting out of her car and trying to confront the sloganeers, calling them criminals and outsiders.

"This is a deliberate attempt to sell hatred ideology through vandalism and violence, which we must oppose together," she wrote in the post.

Banerjee also alleged that the "misconceived" strategy of the BJP was impacting West Bengal in a negative way.

"From Ram Mohan Roy to Vidyasagar to other great social reformers, Bengal has been a seat of harmony, progress and forward thinking. But now, the misconceived strategy of BJP is targeting Bengal in a very negative manner," she wrote.

Banerjee further said that it was time to initiate action to refrain political workers from creating unrest in the country.

"This is high time that proper action is taken to restrain political workers not to indulge in activities of creating unrest, chaos, violence and disruption of normal life by taking recourse to misplaced ideologies in the so-called name of religion to create divide among the people," she said.

"We have to and would oppose such moves of BJP very strongly in order to keep secular character of the country as enshrined in our constitution," Banerjee added.

Meanwhile, in an apparent reference to Banerjee, BJP leader Mukul Roy earlier in the day said the TMC chief was losing her mental balance following the results of the Lok Sabha elections.

Without naming Banerjee, Roy told reporters, "I do not understand why a person is getting excited hearing 'Jai Shri Ram'. This is totally uncalled for, and done in order to create unnecessary controversy."