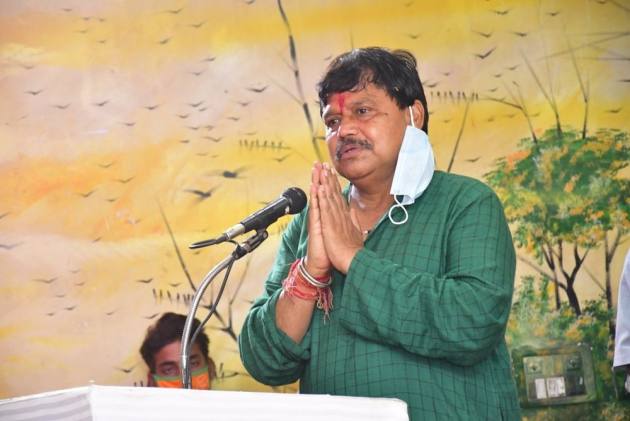 A BJP candidate contesting by-election from Gwalior constituency in Madhya Pradesh has moved the Supreme Court challenging the Madhya Pradesh High Court order directing the political parties to conduct their poll campaign by virtual mode and not by physical gathering.

BJP candidate Pradhuman Singh Tomar, who is currently energy minister in the state government, said in his plea that the high court has erred in its finding as the Election Commission of India (ECI) under Article 324 of the Constitution has issued its Covid-19 guidelines dated September 29, permitting “physical gatherings” for election campaigns subject to specified restrictions.

“The impugned interim order has violated the petitioner’s right to conduct election campaign through physical gatherings as permitted by the Election Commission; central government and state of Madhya Pradesh”, he said in his plea.

Tomar sought a stay of the operation of the impugned interim order dated October 20, and further proceedings on the PIL before the high court.

The plea said that ECI, while declaring by-elections for 28 Assembly seats in Madhya Pradesh on September 25, has formulated Covid-19 guidelines which are to be followed during the conduct of polls and specifically permitted the “public gatherings” and “election rallies” subject to following of such guidelines.

It said that the petitioner before the high court, an advocate has filed a PIL alleging that various political parties were organizing political functions, which is increasing the Covid-19 cases and the state authorities are not taking any action against such political parties and its members.

The plea further said that the high court on October 12, directed the state authorities of districts of Gwalior and Datia to register FIRs where the Covid-19 protocols were breached.

It said that during the hearing on October 20, the high court took cognizance of the compliance affidavit filed by the superintendent of police of districts Gwalior and Datia.

“However, it was alleged that the state authorities have not registered FIR against sitting Union minister Narendra Singh Tomar and Kamal Nath, former chief minister of Madhya Pradesh for alleged violation of Coivd-19 protocol. The Advocate General assured the high court that FIRs shall be lodged against these individuals as well,” it said.

The plea said, “the High Court, vide the impugned interim order erroneously directed that the political parties shall conduct the election campaign by virtual mode and not by physical gathering”.

The petition stated, “It further restrained the District Magistrate of all districts from issuing any permission to any political party or candidate unless the district magistrate is satisfied that conduct of virtual election campaign is not possible.”

It added that the high court had also directed that the permission of the district magistrate for physical election campaign shall be effective only if the ECI approves the same in writing.

“The High Court further directed that the holding of a physical campaign by the political party where the permission is granted by the district magistrate and approved by the election commission, shall take place only after the political party deposits the money with district magistrate which is sufficient to purchase double the number of masks and sanitizers required for protecting the number of persons expected in the gathering”, it said.

The plea raised the question of whether the high court, under its writ jurisdiction, can substitute the Covid-19 guidelines dated September 29, 2020, issued by the ECI issued under Article 324 of the Constitution..

It also raised the question of law whether the high court, by passing the impugned interim order, transgressed in the constitutional role of the ECI which is exclusively vested with the superintendence, direction, and control over the conduct of elections under Article 324 of the Constitution.