The 'Gotmaar' tradition in Madhya Pradesh is said to have started around 300 years ago when a boy from Pandhurna village eloped with a girl from Sawargaon village and faced a volley of stones when he was crossing the river with her. 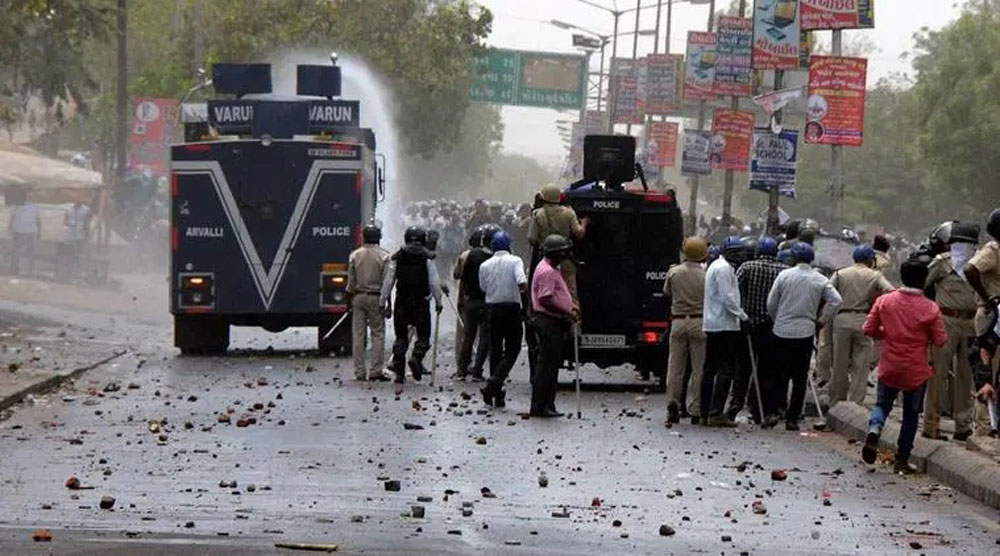 Over 400 people were injured, 12 of them seriously, during the annual `Gotmaar' (stone-pelting) festival in Chhindwara district of Madhya Pradesh on Saturday, police said.

Those injured seriously were admitted to the government hospital at Pandhurna, District Superintendent of Police Manoj Rai said.

The administration had deployed about 800 police personnel and a team of doctors at the spot along with drone cameras, he said.

During the festival, residents of Sawargaon and Pandhurna, two villages divided by the Jaam river, gather on the opposite banks and race to snatch a flag hoisted on a dead tree fixed in the middle of the river while throwing stones at the other side.

Pandhurna residents grabbed the flag this time and were declared winners.

The tradition is said to have started around 300 years ago when a boy from Pandhurna eloped with a girl from Sawargaon and faced a volley of stones when he was crossing the river with her.

Villagers from Pandhurna came to their help, and the couple crossed over safely.

In the past, there have been instances of people dying due to the injuries suffered during Gotmaar.