Congress leader Dinesh Gundu Rao and Bangalore rural MP D K Suresh tried to jump the barricade erected by the police to stop them, and march towards the Chief Ministers residence, but were stopped midway and detained. 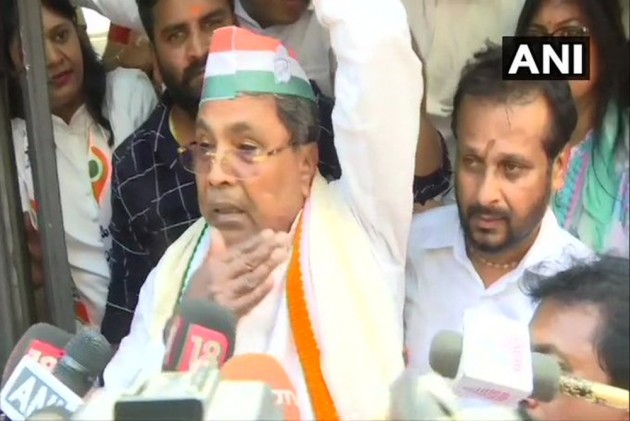 Several Karnataka Congress leaders, including its president Dinesh Gundu Rao and leader of the opposition Siddaramaiah, were detained by the police in Bengaluru on Saturday, as they marched to besiege Chief Minister B S Yeddyurappa's office to protest against the alleged misuse
of the police department by the BJP government in the state.

Rao and Bangalore Rural MP D K Suresh tried to jump the barricade erected by the police to stop them, and march towards the Chief Ministers residence, but were stopped midway and detained.

The march, which began from Gandhi statue on Race Course Road, led to a traffic pile-up.

State Congress had organised the protest over sedition case filed against a Bidar school and arrest of a parent and the headmistress (now on bail) for their alleged involvement in staging a drama portraying Prime Minister Narendra Modi in poor light in connection with the
(Citizenship Amendment Act) and NRC (National Register of Citizens).

The principal opposition party in the state alleged misuse of the police department by the state government to book cases against those opposing BJP and its "divisive policies".

As he was being detained, former Chief Minister Siddaramaiah termed the police action as undemocratic.

"Police have no right to suppress or take away our rights," he said.

The Congress had planned to lay siege to Chief Ministers office as law was being violated across the state and false cases were being filed for sedition against political opponents, especially from Congress and those opposing the CAA and NRC, Siddaramaiah said.

Despite BJP activists using "filthy language and making anti-national comments", no cases were filed against them.

He alleged that BJP was trying to suppress Congress, using the police, and pointed out that cases have been booked against its leader U T Khader and a student from Mysuru for opposing CAA and NRC, while no cases have been filed against ruling party leaders like Somashekara Reddy and Anant Kumar Hegde for allegedly making inflammatory speeches.