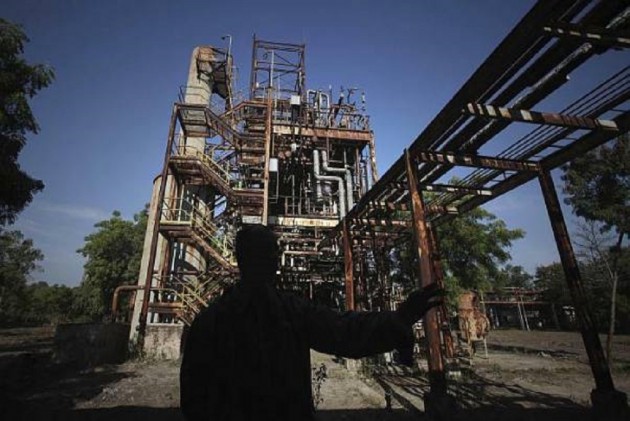 A memorial would be built for those who lost their lives in the 1984 Bhopal gas leak tragedy, Madhya Pradesh Chief Minister Shivraj Singh Chouhan said on Thursday.

Speaking on the 36th anniversary of the incident, Chouhan also announced immediate resumption of a pension of Rs 1,000 for the women who lost their husbands due to the gas leak from the now-defunct Union Carbide plant.

"A memorial will be built to commemorate the people who lost their lives due to the toxic gas leak from a pesticide plant on the night of December 2-3, 1984," Chouhan said at an all-religion prayer meeting held here.

"Besides, pension to the widows which had stopped in 2019 (during the Congress government) would be given forthwith," he said.

Many of these women were suffering from various ailments themselves and needed help as they had suffered a lot, he noted.

The memorial would remind people that "no city in the world should become another Bhopal," the Chief Minister said.

"We need to save the world that God has given us for the next generation," he said.

Elsewhere, the tragedy survivors and their kin led by four NGOs working for the gas leak victims formed a human chain near the abandoned Union Carbide plant while following Covid-19 precautions, said Rachna Dhingra of the Bhopal Group for Information & Action.

The NGOs condemned evasion of alleged legal liabilities by Dow Chemical, USA, which took over Union Carbide years ago, for the health consequences suffered by the survivors and pollution of the soil and groundwater.

The state and central governments failed to make the corporation pay adequate compensation, the press statement issued jointly by the four NGOs alleged.

Dhingra also claimed that the Madhya Pradesh government downplayed the number of survivors who died due to Covid-19.

Nawab Khan, president of the Bhopal Gas Peedit Mahila Purush Sangharsh Morcha, said, "In the last ten years, officials of the state and central governments have promised in writing that they would revise the figures of death and health damage in the curative petition before the Supreme Court for additional compensation from the American corporations. These promises remain to be kept."

All official research on the long-term health impact of the disaster has been stopped or suppressed, he alleged.

Out of 518 persons who died due to Covid-19 in Bhopal district as of December 2, 102 were gas tragedy survivors, 69 of them above 50 years of age, Bhopal Gas Tragedy Relief and Rehabilitation Director Basant Kurre had said on Wednesday.

But NGOs claimed that as many as 254 survivors have succumbed to the coronavirus infection.

Over 15,000 people were killed after methyl isocyanate leaked from the pesticide plant of Union Carbide India Limited (UCIL) on the outskirts of the city on the intervening night of December 2-3, 1984. More than five lakh people were affected in one way or the other due to the leak of the toxic gas.