Sampath Raj was in judicial custody for nearly three months in connection with the East Bengaluru violence that broke out on August 12, which left four people dead 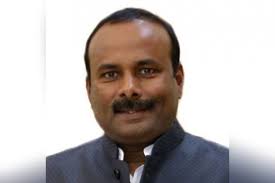 The Karnataka High Court on Friday granted bail to former Congress Mayor R Sampath Raj, who was in judicial custody for nearly three months on the charges of hatching a conspiracy in the East Bengaluru violence on August 12 that left four people dead

Sampath Raj, the Congress corporator from Devara Jeevanahalli municipal ward was arrested in Bengaluru on November 17 2020.

Around 3,000 to 4,000 people went on a rampage on August 11 last year, setting ablaze the houses of Pulakeshinagar Congress MLA R Akhanda Srinivasa Murthy and his sister over an alleged inflammatory social media post by his nephew.

The mob also torched Devara Jeevanahalli and Kadugondanahalli police stations over suspicion that the nephew was present there.

Three people were killed in police firing while another person died due to abdominal injuries suffered in the violence.

In the charge sheet, Sampath Raj was charged with hatching a conspiracy for the violence to finish off the MLA politically in connivance with another Congress corporator and some others.

The Corporator and his aide were also arrested. Police had accused Sampath Raj of remaining in touch with the masterminds throughout the widespread arson and violence.

Ready For 12th Round Of Talks But Centre Must Come Up With A Proposal: Farm Unions