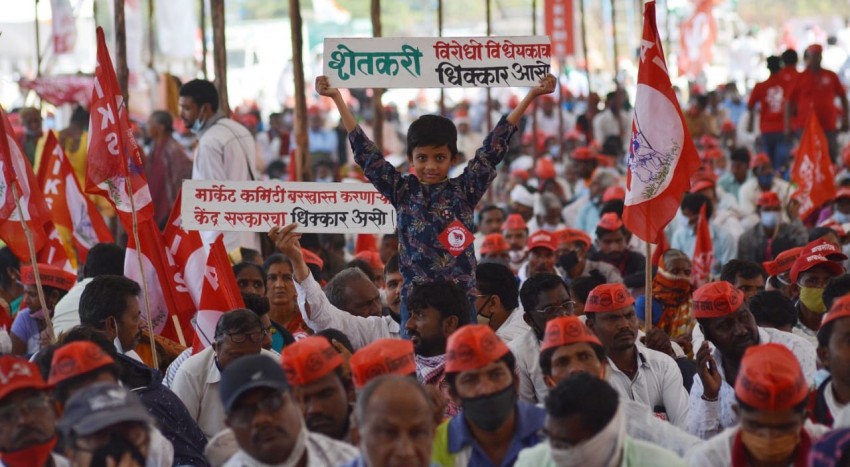 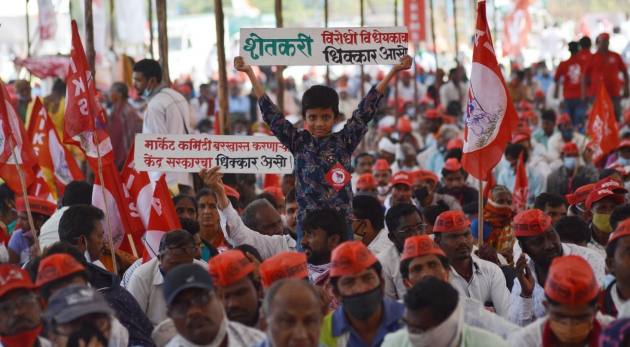 Farmers who entered Mumbai from neighbouring areas to protest against the new farm laws left for their homes on Tuesday after hoisting the flag to mark the Republic Day, concluding the three-day sit-in rally at Azad Maidan that started on Sunday.

In the final moments of the peaceful demonstration,  an elderly woman agitator hoisted the national flag at the venue. The flag hoisting was held at the ground in south Mumbai at around 9.30 am following which the protesters headed towards their native places, the All India Kisan Sabha (AIKS) said.

AIKS Maharashtra had put out a call to farmers to march towards Mumbai as a show of solidarity with peasants agitating near Delhi borders against the Centre's three new farm laws. Around 15,000 farmers had arrived in the state capital for the rally, the Maharashtra unit of the AIKS earlier said.

"The flag hoisting ceremony was held at the Azad Maidan on Tuesday morning. After that, farmers headed towards their homes. The movement is in line with what we had decided earlier," AIKS president Ashok Dhawale told PTI over the phone.

The Samyukta Kisan Morcha, a pro-farmer body, had given a nationwide call for a struggle from January 23 to 26, including rallies to Raj Bhavans (Governor Houses) in states.

Accordingly, the protesters in Mumbai took out a march towards the Raj Bhavan hereafter the public meeting at Azad Maidan on Monday.

However, police stopped the protesters mid-way.

A delegation of farmers was to meet and submit a memorandum to Governor Bhagat Singh Koshyari.

But, after they learnt that the governor was in Goa on Monday, the farmers'' leaders accused Koshyari of not meeting them despite giving an appointment himself.

The leaders charged Koshyari with "running away" to Goa and "insulting" farmers by not being in the Raj Bhavan to accept their memorandum, copies of which they later tore to condemn the governor's action.

The Raj Bhavan on Monday dismissed the claims and said Koshyari, who is also the governor of Goa, left for the neighbouring coastal state to address its Assembly, the five- day session of which began on Monday.

The Raj Bhavan also said representatives of the Samyukta Shetkari Morcha were informed in advance that the governor would not be able to meet the delegation on Monday as he would be in Goa to address its Assembly.