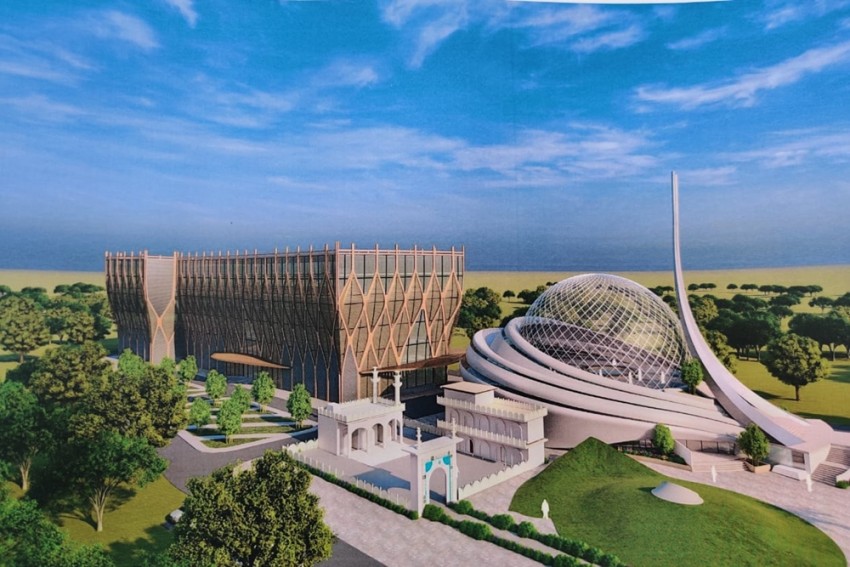 The design of a mosque and a hospital to be built on a five-acre land in Ayodhya’s Dhannipur village.
@IndoIslamicCF/Twitter
PTI 2020-12-23T15:58:50+05:30 Ayodhya Mosque Illegal Under Shariat Law: AIMPLB's Zafaryab Jilani 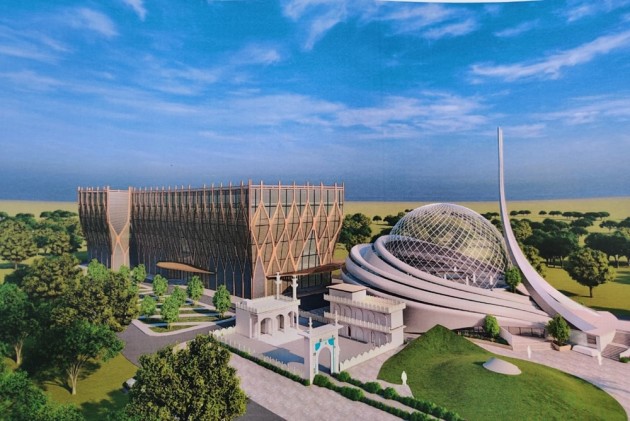 All India Muslim Personal Law Board (AIMPLB) member Zafaryab Jilani said on Wednesday the mosque which is planned to come up in Ayodhya following last year's Supreme Court verdict is against the Waqf Act and "illegal" under the Shariat laws.

Athar Hussain, the secretary of a trust formed to build the mosque in Ayodhya, however, said everyone interprets the Shariat in their own way and when the land has been allotted under the directive of the Supreme Court, it cannot be illegal.

The blueprint of the mosque and a hospital to be built on a five-acre land in Ayodhya's Dhannipur village was unveiled on Saturday at the Indo-Islamic Cultural Foundation (IICF) office in Lucknow.

The IICF has been formed by the Uttar Pradesh State Sunni Central Waqf Board to construct the mosque and other utilities on the plot.

"According to the Waqf Act, mosques or land of mosques cannot be bartered. The proposed mosque in Ayodhya violates the Act. It violates the Shariat law as the Waqf Act is based on the Shariat," said Jilani, who was also the convenor of the Babri Masjid Action Committee.

Another executive member of AIMPLB SQR Ilyas said, "We have rejected the proposal to accept land for the mosque at any other place. We lost the title suit and so we don't need a land for a mosque."

He alleged that the Sunni Central Waqf Board was working under the pressure of the government.

"The Muslims have, however, rejected this land at Dhannipur given in compensation. The mosque being built by the trust constituted by the Sunni Central Waqf Board is just a symbolic one."

The issue was raised by MP MP Asaduddin Owaisi at a meeting of the All India Muslim Personal Law Board's executive committee held on October 13. All the members were of the view that the exchange of land for the mosque was not permissible under the Waqf Act and in turn "illegal" under the Shariat law.

"The power for interpretation of Shariya does not lie in the hands of some limited people. The mosque is the place for offering namaz. So what is wrong if we are building a mosque?" posed Hussain.

The Ram Janambhoomi-Babri Masjid disputed structure was demolished in December 1992 by "kar sevaks" who claimed that the mosque in Ayodhya was built by demolishing an ancient Ram temple.

After a protracted legal tussle, the Supreme Court, on November 9 last year, ruled in favour of the construction of a Ram temple at the disputed site in Ayodhya and directed the Centre to allot an alternative five-acre plot to the Sunni Waqf Board for building a new mosque at a "prominent" place in the holy town in Uttar Pradesh.

On the directive of the apex court, the Uttar Pradesh government allotted the five-acre plot in Ayodhya's Dhannipur for the construction of the mosque.