At Least I Am On The Ground And Not In A Chopper For A Photo Op: Uddhav Thackeray 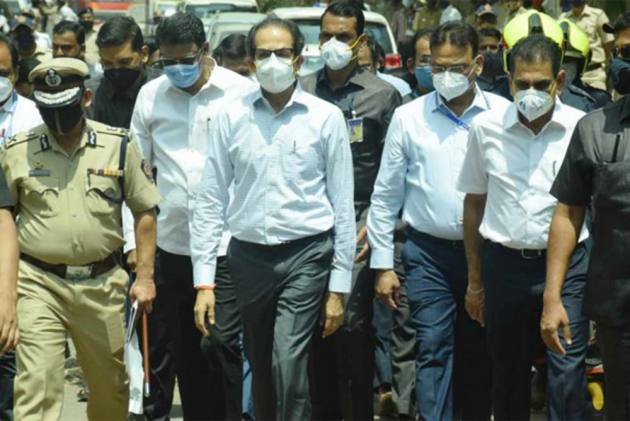 Responding to the BJP’s allegations that he has not done enough to help those affected by cyclone Tauktae, Maharashtra Chief Minister Uddhav Thackeray in a jibe apparently aimed at Prime Minister Narendra Modi said that he was at least taking stock of the situation on the ground and not conducting an aerial survey in a helicopter.

His remarks come just days after Modi’s Gujarat visit during which he conducted an aerial survey to assess the damage caused by the cyclone in the state.

Cyclone Tauktae, which was classified as a "very severe cyclonic storm” by the IMD swept across Kerala, Karnataka, Maharashtra and Goa before it hit the Gujarat coast on Monday.
The storm wreaked havoc across the five states, leaving many people dead and many more houses and property damaged.

Thackeray on Friday visited Ratnagiri and Sindhudurg districts in Konkan to know the ground situation in the aftermath of the cyclone, and directed the authorities to complete the crop loss assessment within two days.

However, BJP leaders in the state targeted him over the duration of his visit. While former chief minister Devendra Fadnavis said he was surprised to know that Thackeray was making political comments during his “merely three-hour long” tour of Konkan, Leader of Opposition in Legislative Council Pravin Darekar sought to know how the CM could understand in just three hours the extent of damage caused by the cyclone.

When asked about the BJP’s criticism, Thackeray said on Friday, "It’s okay if my tour lasted four hours. At least I am on the ground taking stock of the situation and not in a helicopter for a photo session…I am a photographer myself.”

“I have not come here to respond to opposition’s criticism," he said at Malvan in Sindhudurg.