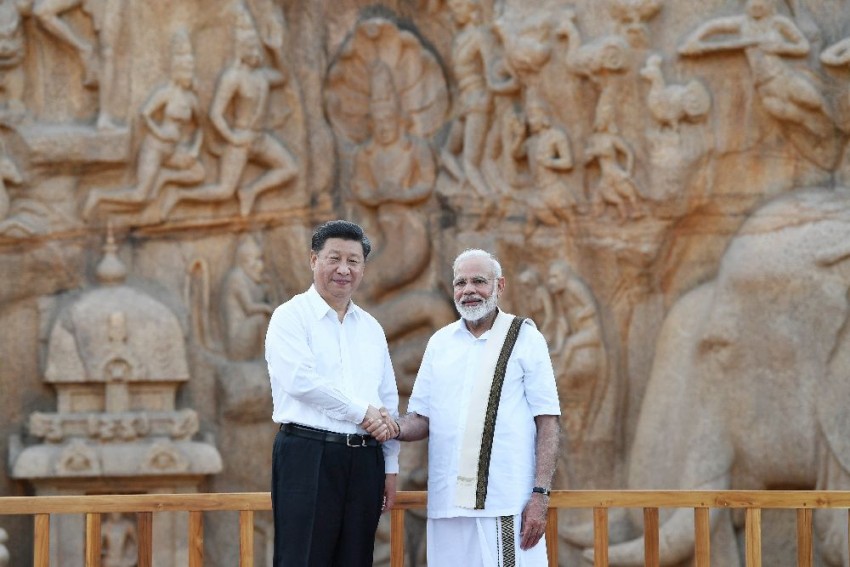 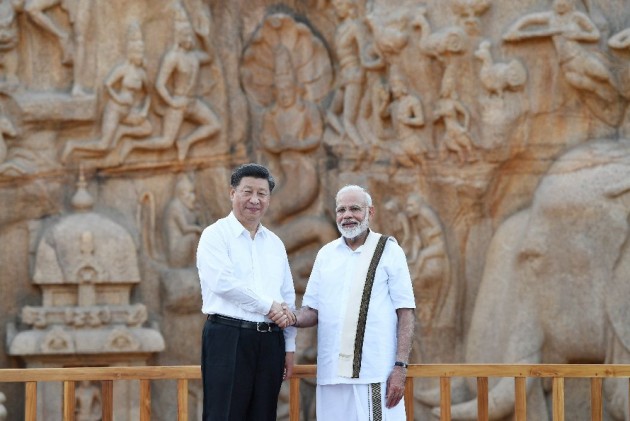 Prime Minister Narendra Modi and Chinese President Xi Jinping on Friday vowed to work together in facing the challenges of radicalisation and terrorism in India and China during a two-and-half-hour "open and cordial" one-on-one discussion over dinner at the magnificent Shore temple complex in this ancient coastal town.

Modi and Xi spent around four-and-half hours of quality time together, including a visit to four world heritage sites, Gokhale said, summing up first day's engagements of the second informal summit between the two leaders in Mamallapuram.

Gokhale said the two leaders discussed the challenges being faced by both the countries on account of terrorism and resolved to work together to deal with the challenge.

"There was an acknowledgement that both countries are very complex and very diverse. The two leaders said that these are large countries and that radicalisation is a matter of concern to both India and China," Gokhale said.

He said both sides vowed to work together so that radicalisation and terrorism did not affect the multi-cultural, multi-ethnic and multi-religious societies of the two nations.

Modi and Xi also held a detailed discussion on their respective national visions and governance priorities.

"The prime minister explained that having been recently re-elected for a second term, he had received renewed mandate for economic development and President Xi, while acknowledging that PM Modi had got a mandate, said that he was looking forward to work very closely with the PM on all issues during the next four-and-half years," Gokhale said.

In the discussion over dinner, Gokhale said the two leaders also spoke about the ancient historical and trading link between Tamil Nadu and the eastern coast of China.

"The discussion stressed over 150 minutes and it was well beyond the planned time for discussion. Discussions were very open and cordial. This was quality time that the two leaders spent together one-on-one. The rest of the two delegations were in a separate location having dinner," Gokhale said.

This is the second edition of the informal summit between Modi and Xi.

The first informal summit between the two leaders was held in the picturesque Chinese lake city of Wuhan in April 2018, months after a 73-day face off between the armies of the two countries in Doklam tri-junction raised fears of a war between the two Asian giants.