Assembly Elections 2021: A defeat in Kerala and Assam could revive demands within the party to break the hegemony of the Nehru-Gandhi family. 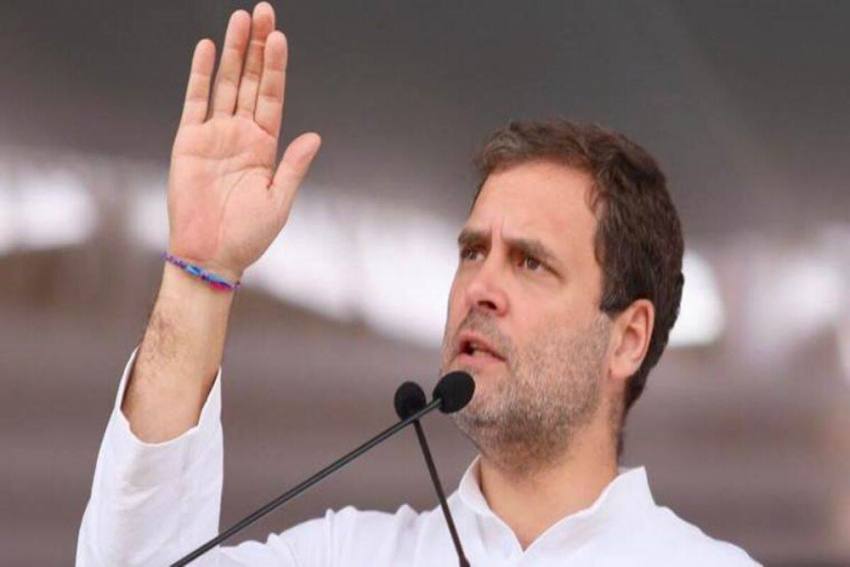 Rahul was practically involved in every stage of the Kerala election campaign – something his party colleagues concede had never happened in a state assembly poll even during the 18 months that Rahul was Congress president.
File photo
Puneet Nicholas Yadav 2021-05-02T07:38:09+05:30 Assembly Election 2021: Why Assam And Kerala Matter More For Congress Than Bengal 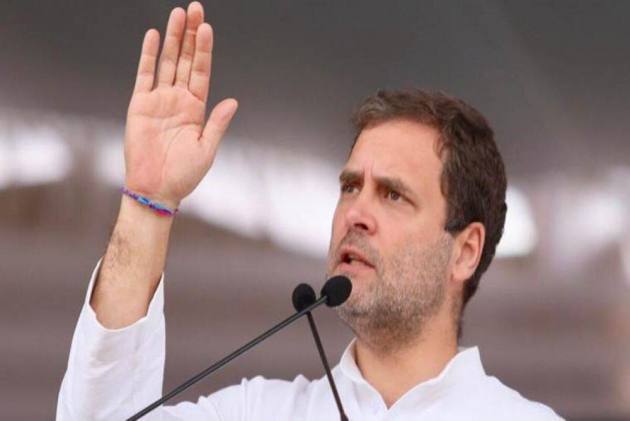 For most political observers keenly awaiting results of the five assembly polls today, West Bengal may be of supreme interest because of the repercussions the final outcome here will have on the national political landscape. However, for the Congress party, it’s the election result for Assam and Kerala that would have far-reaching implications. The importance of wresting Assam from the BJP and Kerala from the Left Front was evident in the Congress party’s political scheme through the election campaign from the sheer amount of time that former Congress president Rahul Gandhi and his sister, party general secretary Priyanka Gandhi Vadra, devoted to the two states.

In Kerala, the political and personal stakes for Rahul are clear. It was the southern state’s Wayanad constituency that elected Rahul to the Lok Sabha in 2019 when voters in his erstwhile seat of Uttar Pradesh’s Amethi turned their back at him. Ever since, Rahul has nursed Wayanad with a dedication that was all but absent during the 15 years that he represented Amethi. It is a matter of public record that Rahul has spent more time in Wayanad since 2019 Lok Sabha victory here than he spent in Amethi between 2004 and 2019. Moreover, the Congress-led UDF alliance’s clean sweep on 19 of Kerala’s 20 Lok Sabha seats in 2019, when his party was decimated throughout the country, was attributed to Rahul’s popularity in the state.

Rahul was practically involved in every stage of the Kerala election campaign – something his party colleagues concede had never happened in a state assembly poll even during the 18 months that Rahul was Congress president. He was deeply invested in the candidate selection process, ensuring that a generational shift in the party’s candidates, as also in discussions on the poll manifesto and in formation of various intra-party committees tasked with different aspects of the campaign. Rahul’s own campaign across Kerala grabbed headlines. He sought to woo the electorate with his prowess at Aikido and displayed an ability to strike a personal rapport with fisher folk during an outing of deep sea diving. He was unabashedly affable; making impromptu stops during the campaign to pose for selfies with the locals or to interact with people of all ages – from children to the elderly – who lined up the state’s roads to see his cavalcade pass through.

The Kerala campaign was clearly all about marketing Rahul afresh. Understandably then, if the party fails to win the state that votes out an incumbent government – led presently by chief minister Pinarayi Vijayan’s Left Democratic Front – every five years, the Congress’s defeat too would seem like a rejection of the re-packaged Brand Rahul, a brand that his detractors, both within the Congress and among its political rivals, claim has been repeatedly rejected.

While losing Kerala will be a personal setback for Rahul, a defeat in Assam would, arguably, be even more ominous for the Congress party at large. For decades, the biggest drawback in the Congress party’s poll campaigns has been the collective bane of feuds among its factional leaders, the absence of a clear and precise poll strategy, an overtly centralised process of candidate selection that often disregards ground realities and a jarringly negative rhetoric when it contests an election while being in the Opposition.

With the Assam poll campaign, the Congress had tried to effect a much-needed course correction. Though Covid claimed the Congress’s tallest leader in the state – former chief minister Tarun Gogoi – months before the three-phase poll schedule was announced, the party had managed to quickly regroup. It appointed Chhattisgarh chief minister Bhupesh Baghel, among its most underrated but extremely politically savvy leaders, as the party’s poll observer for Assam. Baghel and Rahul confidante, Jitendra Singh (the party’s in-charge of Assam) succeeded in bringing together all factional leaders of the state and convinced them to simultaneously launch public outreach programs from different parts of Assam. Baghel and Singh also ensured that the candidate selection process was executed in Guwahati and not behind the closed doors of the Congress’s national headquarters at 24, Akbar Road in Delhi. Extensive consultations were carried out with all key leaders of the state to choose candidates through consensus instead of adopting the common Congress practice of handing out ‘quotas of candidates’ to different factional heads.

The party also employed an extensive public consultation strategy to finalise its poll manifesto which gave five guarantees to the people of Assam, should the Congress be voted to power. These guarantees included a mix of emotive and populist issues such as the non-implementation of CAA in the state that had seen the most violent protests against the controversial law last year, a monthly pension for homemakers and increased daily wages for the tea tribes. Further, with the exception of its offensive against the BJP on the issue of CAA, the Congress’s campaign focused on its poll promises instead of getting drawn into a slanging match with the BJP on matters that had nothing to do with the Congress manifesto. The Congress’s poll managers also succeeded in finalising a mammoth pre-poll grand alliance – Mahajot – of eight political parties without a public display of acrimony by alliance members over the number of seats being allocated to each of them – a rarity in the Congress’s chequered history of alliance politics. The Congress shed its reticence against openly allying with a ‘Muslim party’ – Badruddin Ajmal’s AIUDF – for fear of the BJP using the pact to its advantage by seeking to polarise the electorate on communal lines. Priyanka Gandhi too finally decided to move out of UP and campaign extensively for her party in Assam.

Congress insiders claim that the Assam campaign, irrespective of the result, should act as a template for the party’s poll strategies going forward. The decentralisation of its election planning, a demand often raised by state Congress leaders, party leaders feel could greatly help the central leadership win confidence of local leaders who regularly complain about being sidelined in the party’s affairs because of their lack of accessibility to the coterie that surrounds the Nehru-Gandhi family in Delhi.

The exit poll predictions, made on April 29, gave the Congress party no reason to cheer. Barring a win for the DMK-Congress alliance in Tamil Nadu, the exit polls have predicted that the Congress will sit in the Opposition in Kerala, Assam, Bengal and Pondicherry even though the party’s seat tally in both Kerala and Assam is expected to be significantly better than the 2016 polls. Congress leaders who were part of the campaign in Kerala and Assam insist otherwise. While they agree that the fight in Kerala is “very tight and could go either way”, most Congress leaders are unwilling to believe predictions of a clear defeat in Assam.

With the Congress also expected to elect a new full-time national president next month to replace ailing interim chief Sonia Gandhi, the election results in Kerala and Assam would naturally assume an even greater significance for the party. Rahul is the obvious frontrunner for the role and has, in recent months, softened on his insistence for a non-Gandhi party president. However, a defeat in the elections, particularly in Kerala and Assam, no matter how narrow, would once again trigger demands within the Congress to break the hegemony of the Nehru-Gandhi family over the party. The Congress’s inability to win in these two states will also have consequences for the broader opposition bloc and the party’s insistence on continuing to lead it. Other Opposition leaders like Mamata Banerjee, herself fighting hard to save her turf against the BJP in Bengal, and Sharad Pawar or even Uddhav Thackeray may no longer extend the same political courtesies to the Nehru-Gandhis and the Congress that they have until now. Calls for a redrawing of the Opposition alliance against Narendra Modi’s BJP with a more combative and politically astute replacement for Sonia and Rahul may get louder too.

And so, while the result in Bengal may well capture the overarching political discourse in the days to come, for the Congress, the significance of Assam and Kerala is likely to be much greater.