‘The southwest monsoon is likely to advance over the entire country outside south Rajasthan and Kutch region of Gujarat during the next five-six days,’ the IMD said. 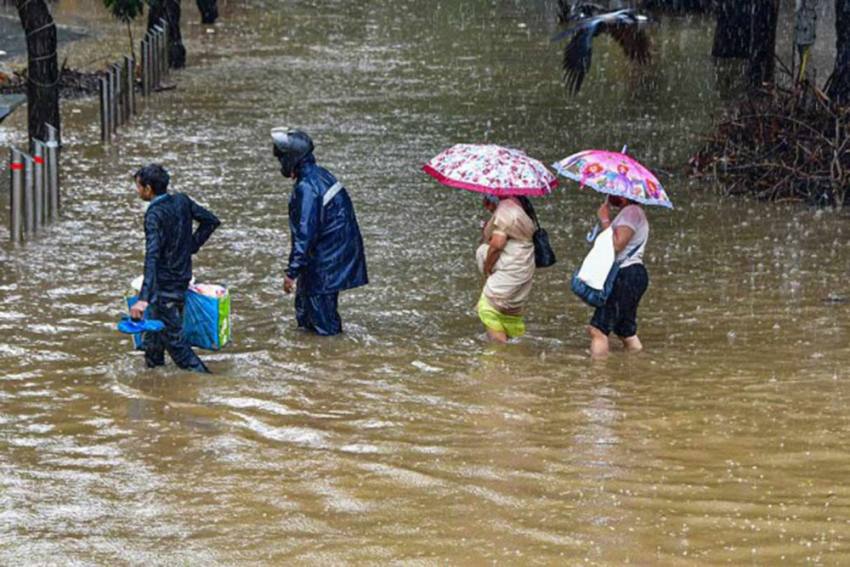 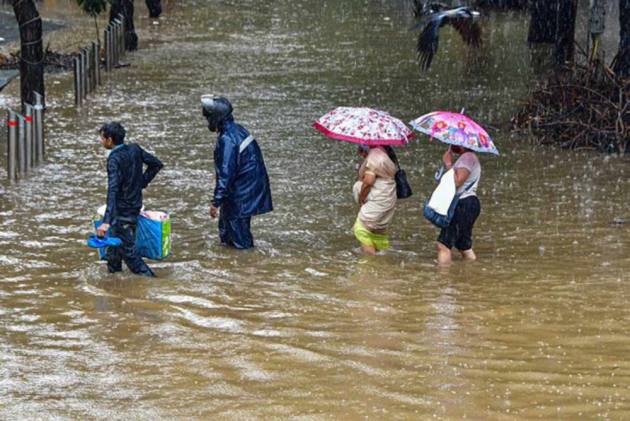 Amid Monsoon showers inundating parts of Maharashtra, the India Meteorological Department (IMD) has predicted “very heavy rain” for Mumbai on Sunday and Monday, following which civic authorities issued a high alert for the city.

The Met department on Wednesday declared the arrival of monsoon in the state and predicted medium to very heavy rains this week.

Many parts of Maharashtra have reported massive waterlogging due to incessant rains throwing normal life out of gear.

In the backdrop of these developments, all civic control rooms as well as those operated by other agencies have been issued the "high alert" directive, including power utility firms like BEST and Adani, while the Coast Guard, the Navy and NDRF have been told to remain on standby to render help if required, a Brihanmumbai Municipal Corporation official said.

A BMC statement said the flood rescue squads from the fire brigade had been deployed in six control rooms, while the storm water drain department had checked and verified the working at all six pumping stations as well as that of the pump sets installed in several flood-prone parts of the city.

"People are advised to not visit beaches, seafronts etc. Temporary shelters in BMC schools located in 24 civic wards have been kept ready. The officials of various agencies have been asked to report to the disaster control room for better coordination," an official said.

The civic statement also said a NDRF team has been stationed at the Kranti Nagar bank of Mithi river, with 'L' Ward officials being told to monitor the situation in the area continuously and make arrangements to shift people if the water level rises.

The southwest monsoon is likely to reach Delhi by June 15, 12 days before its usual date of arrival (June 27), IMD officials said on Friday.

Normally, the monsoon reaches Delhi by June 27 and covers the entire country by July 8.

"Conditions are favourable for an early onset. It (monsoon) may reach Delhi by June 15 this time," said Kuldeep Srivastava, head of the IMD's regional forecasting centre.

Light to moderate rainfall is predicted in the capital over the next three days, he said.
A low pressure area lies over northwest Bay of Bengal. It is likely to move across Odisha, Jharkhand and north Chhattisgarh over the next three to four days, the IMD said.

A trough runs from south Punjab to the centre of this low pressure area. Also, strong south-westerly winds are prevailing along the west coast and an offshore trough lies off the west coast.

These conditions are likely to persist over the next five to six days.

"Under these favourable meteorological conditions, the southwest monsoon is likely to advance over the entire country outside south Rajasthan and Kutch region of Gujarat during the next five-six days," the IMD said.

Srivastava said largely, three factors are considered for declaring the arrival of the monsoon in an area (after it makes onset in Kerala) -- widespread rainfall over a large area, prediction of more precipitation over the next three to four days and easterly winds.

In 2013, monsoon covered the entire country by June 16, according to Mahesh Palawat of Skymet Weather, a private forecasting agency.

Last year, the wind system had covered the entire country by June 29, seven days before the usual date of July 8.

Srivastava also said this is the first time since 2014 that Delhi has not recorded a heatwave in the summer season.

Frequent western disturbances kept the mercury in check in April and May. Also, Cyclone Tauktae led to record rains last month, he said.

No Immediate Need For Change In dosage Interval Of Covishield: Centre