Home  »  Website  »  National  »  Arrest Of Women Protesters Will Only Delay Restoration Of Normalcy In J&K: NC

Arrest Of Women Protesters Will Only Delay Restoration Of Normalcy In J&K: NC

Meanwhile, Abdullah’s niece, Dr Nyla Ali Khan, took to Facebook from the United States to condemn the arrest of her mother Suraya, cousin Safia and other women. 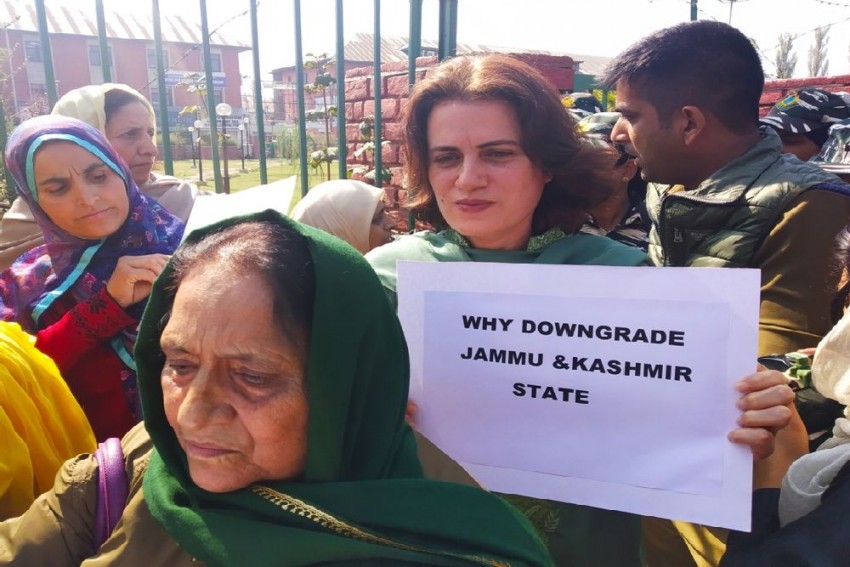 Women protesters demonstrate against the abrogation of Article 370 in Srinagar.
Naseer Ganai October 16, 2019 00:00 IST Arrest Of Women Protesters Will Only Delay Restoration Of Normalcy In J&K: NC 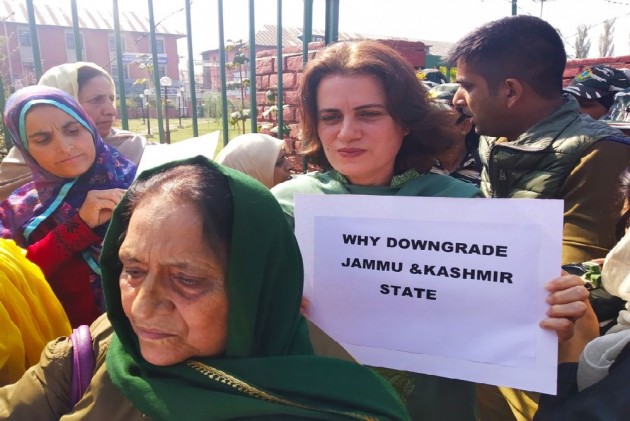 The National Conference on Tuesday said the arrest of women protesters, including the sister and daughter of former chief minister Farooq Abdullah, is only going to delay the restoration of normalcy in Jammu and Kashmir. "The situation has touched such lows that even liberty of the relatives of those in public life is under severe threat,” National Conference said.

"Such harsh measures will further alienate people and delay the restoration of normalcy in the Kashmir Valley, which is reeling under fear psychosis and sense of insecurity among the people," NC statement issued by the party from Jammu said.

"Being kin of the former chief ministers should not entail political victimisation, leading to curtailment of liberty and freedom of movement and speech", the statement added.

Jammu and Kashmir Police detained around 13 women, including Suraya and Safia Abdullah, during the protest against the abrogation of Article 370 and arrest of political leaders in Kashmir Tuesday morning. The women have been shifted to Srinagar Central Jail after being charged with violating prohibitory orders under section 144.

Meanwhile, Abdullah’s niece, Dr Nyla Ali Khan, took to Facebook from the United States to condemn the arrest of her mother Suraya, cousin Safia and other women.

“My mother and rest of the women with her, most of whom are highly educated and professionalized, were first taken to Kothi Bagh Police Station and then to Central Jail, Srinagar,” she wrote.

“The entire group of women was accused of violating Section 144 of the Criminal Procedure Code of 1973, which empowers an executive magistrate to prohibit an assembly of more than 4 people.”

“I am incredibly proud of my mother, who is a conventional, religious, and progressive woman. Her work is a powerful assertion of her convictions,” said Dr Nyla who is visiting Professor at University of Oklahoma.

“It isn’t easy for a woman from a political and traditional family to make the transition from her conventional life to social activism, which she has been invested in for two decades.”