In a press conference, Information and Broadcasting Minister Prakash Javadekar lashed out the Gandhi scion saying he had embarrassed India with his remarks and demanded he and the Congress party apologise. 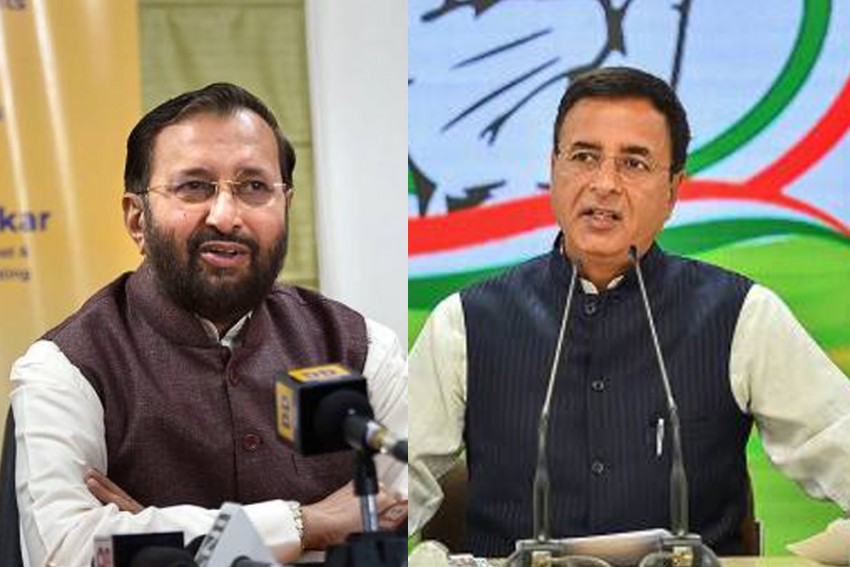 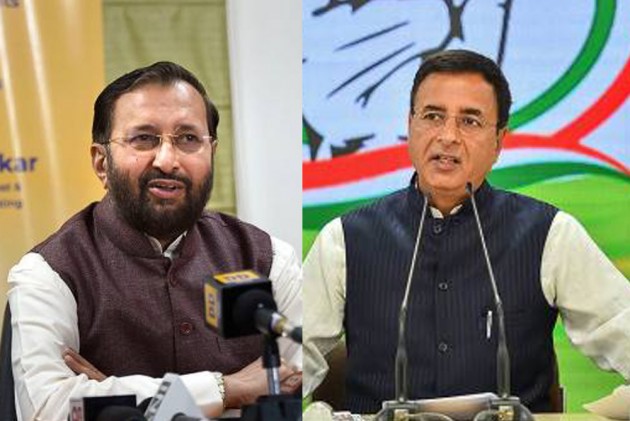 The ruling Bharatiya Janata Party (BJP) and Congress on Wednesday once again locked horns over Rahul Gandhi's comments on Jammu and Kashmir used by Pakistan's Minister for Human Rights Shireen Mazari in a letter to the United Nations.

In a press conference, Information and Broadcasting Minister Prakash Javadekar lashed out the Gandhi scion saying he had embarrassed India with his remarks and demanded he and the Congress party apologise.

"Congress has insulted the country by its irresponsible utterances. Never has India been shown in bad such light as Congress has done. There may be political differences, but nobody has spoken this kind of language that becomes a handle for Pakistan," Javadekar said.

"Rahul Gandhi played into Pakistan's hands with his false remark on Kashmir. Congress must apologise to the country," Javadekar said, adding the Wayanad MP took a u-turn after his word drew flak from all quarters.

Javadekar also expressed his surprise over the Congress party criticising the "reasonable restrictions" in Jammu and Kashmir when "they are the ones who implemented emergency in the country for 20 months".

"The people of Jammu and Kashmir have welcomed the decision since it will allow the laws and schemes of the central government to be implemented in the region. It will have a far-reaching impact," he said.

Minutes later, in another press briefing Congress leader Randeep Surjewala rebutted Javadekar's charges, calling him a "misinformation minister" who was trying to "politicise a stand unitedly taken for India, by all Indians."

He slammed Pakistan for "mischievously" dragging Rahulname in the petition to justify its "lies and misinformation" on Jammu and Kashmir.

Surjewala also said that instead of questioning the status of Jammu and Kashmir and Ladakh, Pakistan should set its house in order and answer on human rights violations in PoK.

The opposition party also demanded an apology from the ruling BJP for "doing cheap politics" on the issue.

Earlier, on Wednesday, Rahul Gandhi said that Kashmir was India’s internal issue and that violence in the erstwhile state is instigated by Pakistan. The former Congress president also said that while he disagreed with the government on several issues, he was clear that there was no room for Pakistan or any other foreign country’s interference.

“I disagree with this Govt. on many issues. But, let me make this absolutely clear: Kashmir is India’s internal issue & there is no room for Pakistan or any other foreign country to interfere in it,” Rahul Gandhi said in a tweet.

Besides Rahul, Pakistan minister's letter to the UN also mentioned senior Congress leader Ghulam Nabi Azad who has raised concerns over the restrictions that have been in place in Kashmir.

Bihar: 16 Members Of Family Attacked With Acid For Resisting Molestation