Protests against the Citizenship Amendment Act continue in parts of India. The issue continues to keep India on edge. Stay updated with all the latest developments here. 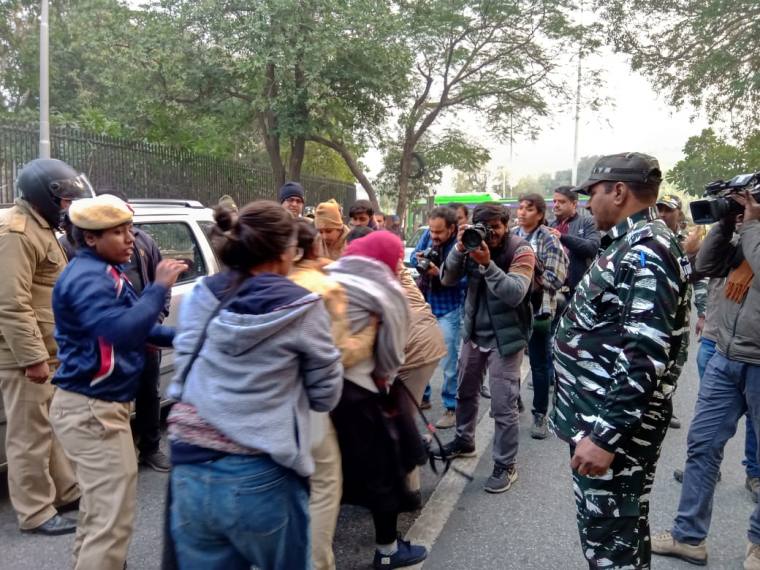 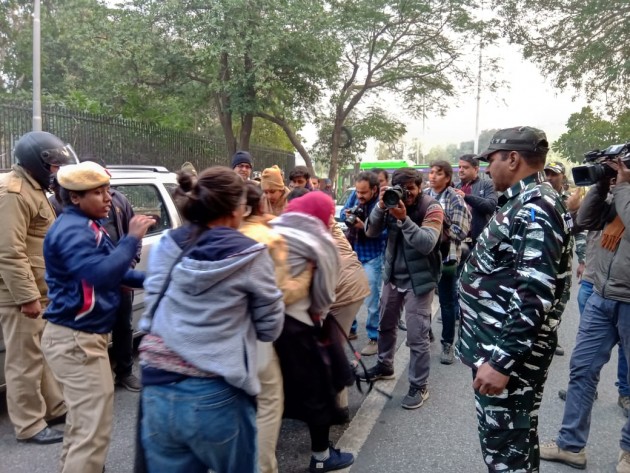 Last Friday, several protesters were killed during clashes with the police and paramilitary forces. To thwart any such protests today, all the districts in the state have been put on high alert.

6:12 PM: Bollywood actor Akshay Kumar has urged people to stay away from violence during the Citizenship Amendment Act protests.

"I don't like violence. Whether any side left side or right side, just don't do violence. Don't destroy property, don't do that, be away from violence. Whatever you want to say to each other do it with positivity, talk to each other, stop violence. Just do not destroy anybody's property, nobody should do that," he said.

6:10 PM: All protesters, detained near UP Bhawan, Delhi and taken to Mandir Marg police station, have been released.

5:40 PM: Union Minister Sanjeev Balyan commented on Muzzafarnagar violence saying, "I'm told children aged 12-18 yrs participated. If children are involved in pelting stones, it's not good. Who sent children from Madrasas, that should be investigated. Deoband is nearby, an investigation can be done."

4:53 PM: Protesters shout slogans condemning Delhi and Uttar Pradesh police as they were being detained from near UP Bhavan in the national capital. Around 200 protesters were detained and put in buses by the police as the agitators defied Section 144. They have been taken to unknown locations.

4:14 PM: Left Front-Congress take out a joint rally against CAA and NRC in Kolkata.

4:13 PM: Entry and exit gates at Lok Kalyan Marg Metro station were closed on Friday in view of protest marches being taken out near it in the city.

3:15 PM: Student activists from Delhi and Uttar Pradesh will be part of the 'Inquilab Morcha' to be held at the Azad Maidan in south Mumbai on Friday against the CAA and NRC.

2:54 PM: Friday prayers were held peacefully in Lucknow and across Uttar Pradesh amid tight security. A heavy deployment of forces had been made in all mosques and clerics were heard requesting people to return to their homes after the 'namaaz'.

2:30 PM: Hundreds of people marching towards Prime Minister Narendra Modi's residence to demand the release of Bhim Army chief Chandra Shekhar Azad and to voice their protest against the CAA and the NRC were stopped by police. The protesters took part in the march with their hands tied so they can't be blamed for violence and arson during the protest.

2:05 PM: Congress leader Alka Lamba and former Delhi MLA Shoaib Iqbal were among those who joined the demonstrations at Jama Masjid.

1:43 PM: People stage a protest at Jama Masjid in Old Delhi against the CAA and proposed NRC.

11:46 AM: Restrictions under section 144 of the CrPC have been imposed in the area near Lal Quila, a large part of North East Delhi district and around UP Bhawan in anticipation of the protests.

11:40 AM:  A Norwegian woman, who reportedly took part in anti-CAA protest in Kochi, says immigration authorities have asked her to leave India.

Foreigners Regional Registration Office said their enquiry found she had violated visa norms and was asked to leave the country.

11:16 AM: "Ahead of Friday prayers, adequate police force and 15 companies of paramilitary forces are deployed in the area. We are conducting flag march in Seelampur, Jafrabad, Welcome and Mustafabad areas. We are appealing to people to maintain peace," says DCP North East Delhi.

10:25 AM: "Delhi Police is ready to deal with any situation. As a precautionary measure, police have deployed several companies in some areas. Police are also monitoring social networking sites to check rumours," says MS Randhawa, PRO, Delhi Police.

9:37 AM: The Yogi Adityanath government in Uttar Pradesh has decided that a Special Investigation Team will probe cases of violence during the protests in the state.

9:12 AM: Police have imposed restrictions around the areas of the PM's residence to thwart any anti-CAA protest march.

9:01 AM: Several organisations have called for a march to the residence of Prime Minister in the afternoon as a mark of protests.

8:54 AM: Several protests against the Citizenship Amendment Act are scheduled for today in Mumbai and Delhi. A rally in support of the CAA is also planned in Mumbai while press briefings by union ministers are scheduled in Jaipur, Goa and Bhopal.

8:40 AM: The Yogi Adityanath government has again suspended the internet services in 21 districts of the state till Friday midnight. The districts where the internet has been blocked include Lucknow, Hapur, Ghaziabad, Bulandshahr, Meerut, Kanpur, Ferozabad, Bareilly, Saharanpur, Bijnor, Rampur, Amroha, Bahraich, Muzaffarnagar, Sambhal, Shamli, Varanasi, Azamgarh, Moradabad, Agra, and Aligarh.

8:35 AM: Mobile Internet and SMS services of all mobile service providers except BSNL have been suspended in Lucknow on Friday.

8:33 AM: The Additional District Magistrate Lucknow has started the process of recovering damages caused during violent protests against the new citizenship law earlier this month. The Additional District Magistrate will recover the damages worth around Rs 2.54 crore from 42 people, who were arrested for their alleged involvement in the anti-CAA protests that turned violent.