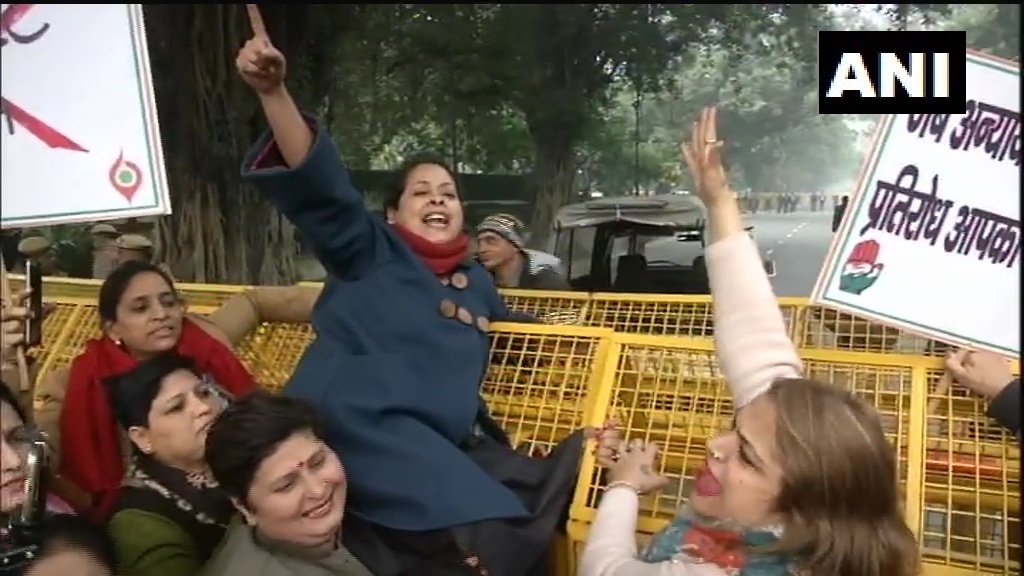 Members of the Mahila Congress were protesting against the law near the residence of Home Minister Amit Shah.

Sharmistha  Mukherjee told PTI that around 50 other women members of the Delhi Mahila Congress were also detained and taken to the Mandir Marg police station.

Police has maintained high vigil in the national capital in view of protests and violence. They held a flag march to maintain law and order in the area and are keeping a close vigil on social media accounts.