Home  »  Website  »  National  »  And, Pray, Who Is Shifting Bollywood From Aamchi Mumbai To Apna UP?

And, Pray, Who Is Shifting Bollywood From Aamchi Mumbai To Apna UP? 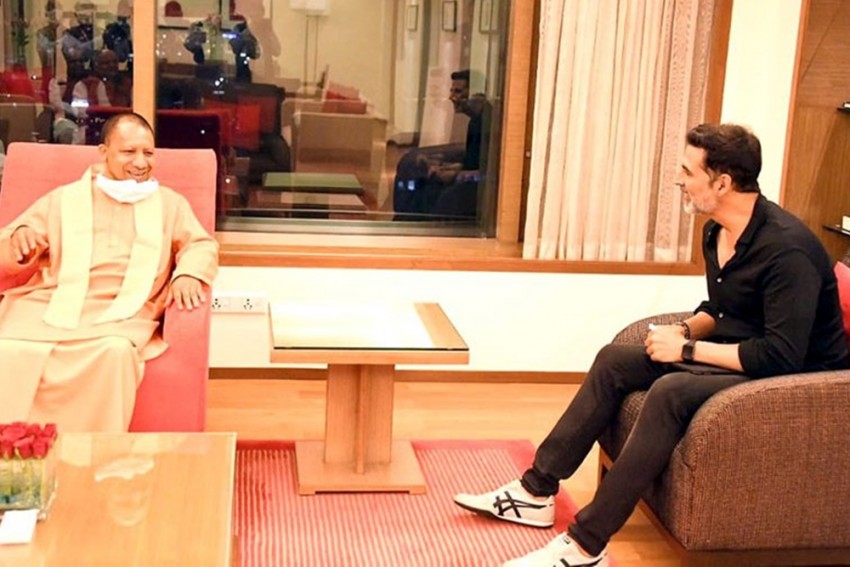 UP CM Yogi Adityanath with actor Akshay Kumar
@myogiadityanath/ Twitter
Giridhar Jha 2020-12-02T19:00:25+05:30 And, Pray, Who Is Shifting Bollywood From Aamchi Mumbai To Apna UP? 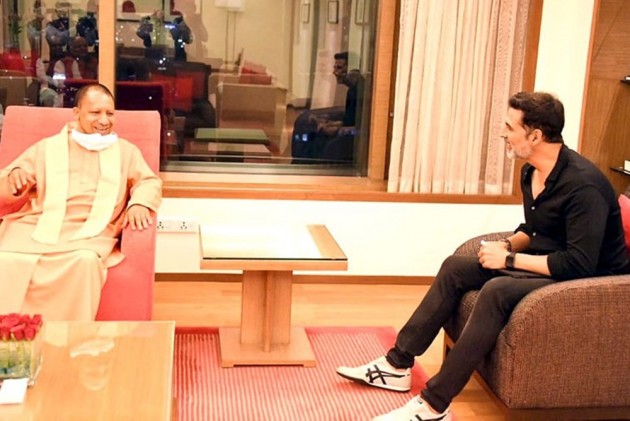 Uttar Pradesh Chief Minister Yogi Adityanath is on a two-day visit to Mumbai to hard-sell his state as an investor-friendly destination, but it appears to be a reason enough for the Shiv Sena-led Maharashtra government to be wary of him.

Sena leaders are basically apprehensive that Yogi might lure Bollywood, home to a flourishing Hindi cinema industry for over a century, away to his state. The UP chief minister’s meeting with actor Akshay Kumar and his scheduled interactions with other film personalities in the maximum city have lent credence to their belief. His visit has even prompted his Maharashtra counterpart Uddhav Thackeray to remark that “none can come to Mumbai and take away industries from here”.

So far so good. But, pray, who is taking Bollywood, of all industries, out of Mumbai? Bollywood is, after all, not the headquarters of any big business conglomerate that can be shifted overnight to another city. The controversy has apparently emanated from Yogi’s ambitious move to set up a sprawling film city, spread over 1,000 acres in Greater Noida, not far from the upcoming international airport at Jewar. He had interacted with a few filmmakers such Madhur Bhandarkar a few weeks ago in Lucknow to discuss the prospects and possibilities of his project.

Any chief minister, not excluding Yogi, is well within his rights to explore various avenues to generate revenue and employment opportunities for his state, and the incumbent head of the UP government is doing precisely that. Any conjecture that it is being done under a political conspiracy seems to be a far-fetched thought. Uddhav, for that matter, any leader of the Maha Vikas Aghadi coalition has no reason to lose sleep over it.

Bollywood has remained the hub of Hindi and Marathi cinema for decades and it is likely to remain so in the future as well. In fact, it derives its name from Bombay, the erstwhile name of Mumbai. All the major studios such as R.K. Studio, Rajkamal Studio, Mehboob Studio and Film City have existed in the city over the years. Even now, all the big banners, from Yash Raj Studios to Dharma Productions, are located there and so are the head offices of the new global over-the-top (OTT) giants such as Netflix and Amazon Prime Video, which have invaded the entertainment industry in the past few years.

And yet, it should be no reason to dissuade other state governments from trying to have a film city of their own. The more, the merrier! In recent years, regional film industries from the North have risen exponentially. Bhojpuri industry, for one, has been churning out more than 100 movies a year. As of now, a majority of regional filmmakers have to go to Mumbai for the pre-and post-production work of their movies, which adds to their budget. A film city with state-of-art facilities nearer home will definitely prove to be an economically viable option for small-time movie makers. And, mind you, there are hundreds of people who make movies in their native languages on shoestring budgets every year.

Also, in recent times, scores of Bollywood movies are being shot in states like UP and Madhya Pradesh since its focus has shifted from stories woven around metropolitan cities to those of smaller towns. Availability of equipment and other technical assistance in such states will definitely cut down on the production expenditure. For years, Bhojpuri filmmakers took their units to Rajpipla in Gujarat because of its ideal location and availability of logistic support. With a film city in UP or Bihar, they are unlikely to do so.

In any case, it is not as if Mumbai has been the only city where films are made. Madras (now Chennai) used to be home to many big banners from down south such as Prasad Productions, Gemini Studios and AVM productions that used to produce Hindi movies by the dozen. In the 1980s, Bollywood star Jeetendra was doing so many films from the south that he had to shift his base there. In the 1990s, Mithun Chakravorty even set up a one-man film industry in Ooty where he had shifted from Mumbai. A modern film city Ramoji Film City also attracted big Bollywood banners. Evidently, filmmakers chose to shoot wherever and whatever suited their script and wallet.

Nonetheless, Mumbai did not lose its sheen as the city of dreams nor would it face anything like that in the future. Uddhav Thackeray says that “Maharashtra is not afraid of competition” and it should not be. But if Adityanath manages to pull off a film city offering the best of facilities at affordable rates without the trappings of the red-tape in his state, it may emerge as a viable alternative for many filmmakers.

Cinema is, after all, not all about creativity, it is all about economics now.