Punjab CM Amarinder Singh is learnt to have discussed ways to strengthen the party in Punjab and present a united Congress ahead of the Assembly polls. 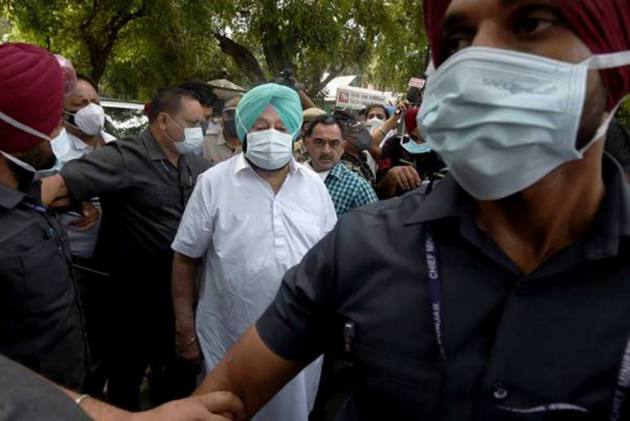 Amid infighting within the Congress’ Punjab unit, Chief Minister Amarinder Singh met a three-member AICC panel to discuss ways to end factionalism and strengthen the party ahead of next year’s Assembly elections.

Many leaders within the Congress’ Punjab unit are reportedly unhappy with Singh’s style of functioning. In fact, last week many of them publicly expressed their opposition by questioning Singh’s decision to appoint sons of two sitting legislators to government posts.

Amid these developments, Singh met Mallikarjun Kharge, the chairman of a three-member AICC panel set up to resolve issues within the party’s Punjab unit. AICC general secretary in-charge of Punjab affairs Harish Rawat and former MP J P Aggarwal, who are the other members of the panel, were also present during the over three-hour meeting.

Singh is learnt to have discussed issues to strengthen the party in Punjab and present a united Congress ahead of the assembly polls.

He is also learnt to have discussed the latest public utterances made by his former minister Navjot Singh Sidhu.

his is the second time Singh has met the panel. He had earlier met its members at the AICC headquarters, before submission of the panel report.

Meanwhile, former Congress president Rahul Gandhi is also learnt to have step in and is meeting some key leaders of the Congress from Punjab, including some sitting MPs, legislators and ministers.

Kharge has also said that all issues will be resolved amicably and the Congress will fight next year's assembly polls under the leadership of Sonia Gandhi and Rahul Gandhi.

The panel members have taken note of Sidhu's recent interviews and have expressed "displeasure" over his outbursts. They are of the view that all party matters should be discussed in the party forum and not in public.

The panel was formed to resolve issues of factionalism in Punjab Congress and present a united face of the party after public outbursts by Singh and Sidhu against each other.

Among the issues pending include revamping the party and cabinet, besides rehabilitation of former Punjab minister Sidhu.

Sidhu, who is eyeing the PCC chief post, is not willing to join Singh's cabinet again, after he quit it in 2019, following differences with the chief minister after his portfolio was changed.

The panel in its report to party chief Sonia Gandhi has suggested that elections should be held under the charge of Singh and Sidhu may be suitably accommodated.