Describing Anubhav as a ‘professional drinker’, Barsha has said he would frequently bring his friends into his bed room and carouse till the wee hours. 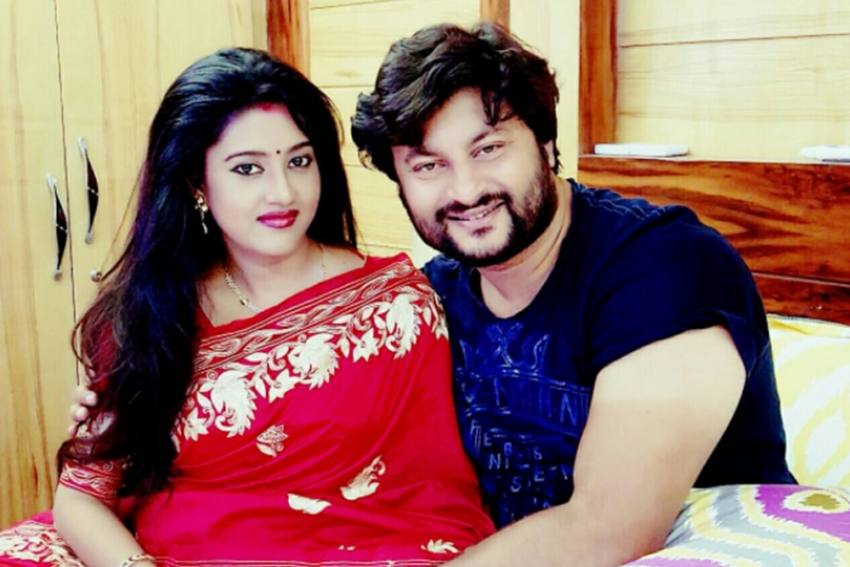 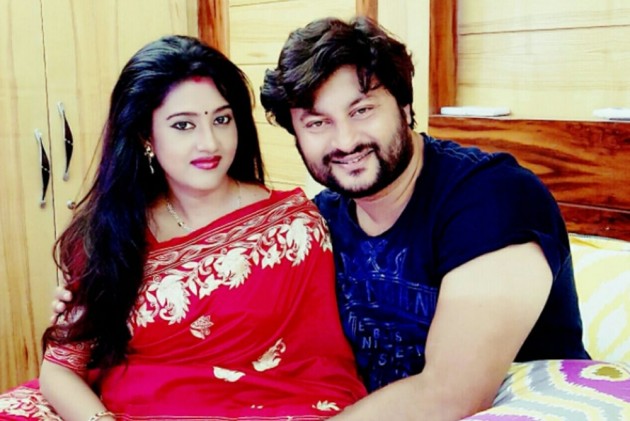 Not long ago, they were called the ‘Jodi No. 1’ of Ollywood. The ‘chemistry’ between the two, both on-screen and off-screen, in reel-life and real life, made them a couple ‘Made for Each Other’ and their marriage one ‘made in heaven’.

But today, top Ollywood star Anubhav Mohanty (38), now a BJD MP from Kendrapara, and his star wife Barsha Priyadarshini (36) have drifted apart so far that the latter has filed a case under Sections 12, 17, 18, 19 20, 22 & 23 of the Prevention of Women from Domestic Violence (PWDV) Act. She is seeking a compensation worth Rs 15 crore from her husband.

The marriage that everyone thought was ‘made in heaven’ had in reality turned ‘hell’ for her, Barsha said in a petition filed at the sub divisional judicial magistrate (SDJM) court in Cuttack through her lawyer on August 7. The first hearing of the case has been scheduled on Monday September 7.

In her 8-page long petition, Barsha has laid bare all the physical and mental torture and drunken violence that she faced for years, allegedly at the hands of her actor husband.

Describing Anubhav as a ‘professional drinker’, Barsha has said he would frequently bring his friends into his bed room and carouse till the wee hours. On protesting, he would turn violent and abusive and occasionally assault her. She also alleged in the petition that he would threaten to throw her out of home.

Barsha alleged that Anubhav usurped all the payments she was supposed to receive for films done opposite her husband and never gave her anything. She has also levelled allegations of extramarital affairs and called her husband a compulsive womanizer.

Barsha said she put up with the torture for years to protect the family reputation and in the hope that Anubhav would mend his ways someday.

What apparently proved to be the proverbial ‘last straw’ in her case was a threat by Anubhav and his father to agree to divorce or risk getting thrown out of home.

Barsha in her petition said that Anubhav, along with his entire family, left for New Delhi on March 8, leaving her behind in their Cuttack house alone without any money to sustain herself. Since their return form the national capital on May 25, the whole family was after her, pushing her to divorce, she added.

According to sources, Anubhav has filed for divorce in a Delhi court. The first hearing is on October 10.

Barsha refused to speak after the news of her petition against husband came out while Anubhav said he was yet to receive any notice. He said he would respond after receiving the notice.

This is not the first time the actor turned politician has found himself in the news for all the wrong reasons. Last year, he was in the dock twice – first for picking up a fight with a neighbour over parking space and then for allegedly abusing a female journalist.

A few months ago, he humiliated an OTV reporter in full view of TV cameras for asking a legitimate question. Of late, he has been going hammer and tongs against the No. 1 Odia TV news channel.

Despite of his unruly behavior even after becoming an MP, BJD supremo Naveen Patnaik has always dealt with him with kid gloves.

The soft approach to Anubhav is widely believed to have something to do with the fact that he defeated Jay Panda, Patnaik’s bete noire, in the last Lok Sabha election in 2019.

The refusal to act clearly emboldened the actor turned politician for he grew more audacious with each reprieve. But this time, he may have bitten off more than he can chew, leaving Naveen with very little choice but to act tough against him.

If he doesn’t and allows the star MP to get away again, he risks denting his pro-women image. After all, he not only forced Raghunath Mohanty, a trusted minister, out of his cabinet but also put him behind the bars after his daughter-in-law filed a case of domestic violence against him and his family a few years ago.

Sensing an opportunity, the Opposition has already turned on the heat, taunting Naveen on his concern for women and asking for Anubhav’s head.

This is one case the BJD boss cannot gloss over without paying a political price for it.

The Pandemic, And A Lesson From The Minorities