All 6 Lakh Villages To Be Connected With Optical Fibre In Next 1,000 Days: PM Modi On I-Day

A high-speed internet connectivity via submarine optical fibre cable will also be extended to Lakshadweep in this period, PM Modi said. 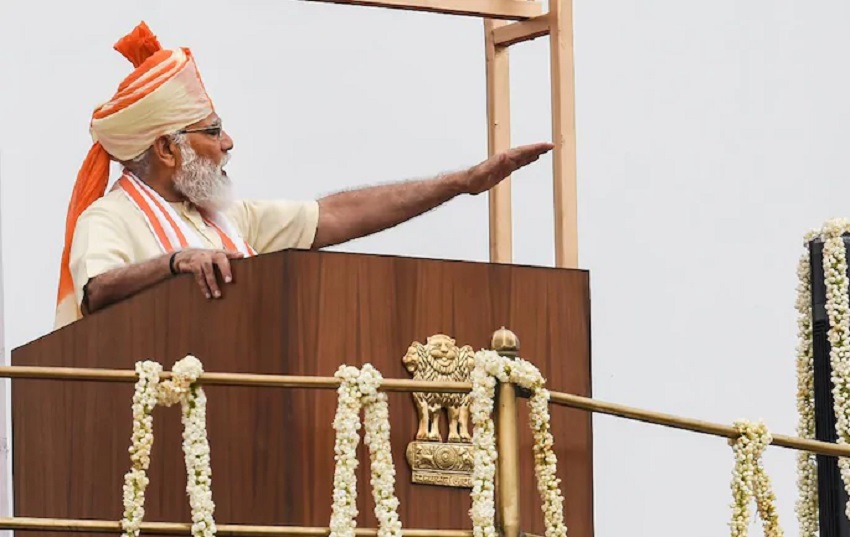 Prime Minister Narendra Modi on Saturday announced that the task to connect India's over six lakh villages with optical fibre network will be completed in the next 1,000 days.

Besides, a high-speed internet connectivity via submarine optical fibre cable will be extended to Lakshadweep in this period, he said.

Addressing the nation from the ramparts of the Red Fort on India's 74th Independence Day, he pointed out that only five dozen panchayats in the country were connected with optical fibre cable before 2014.

The prime minister also announced a new policy on cybersecurity to be unveiled shortly amid threats emanating from cyberspace.

He said the country is witnessing expansion of roads and the internet at unprecedented and rapid speed, from the peaks of the Himalayas to islands in the Indian Ocean.

Modi recently inaugurated the first-ever undersea optical fibre cable project for Andaman and Nicobar Islands, which will provide high-speed broadband connections in the union territory at par with services in the mainland.

Referring to the digital India, he said the importance of the mission has been realised during the COVID-19 pandemic.

In the last month only, transactions worth about Rs 3 lakh crore took place through BHIM UPI alone," he said.

During the lockdown period, digital transactions witnessed a huge surge.