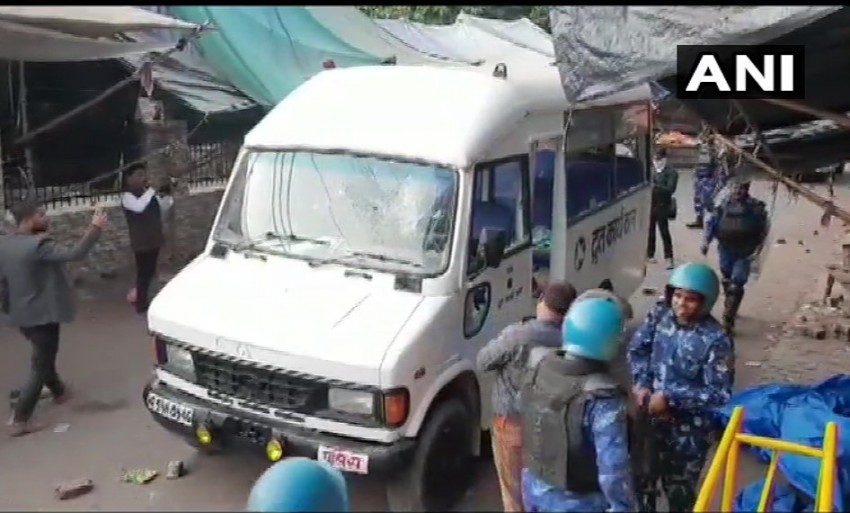 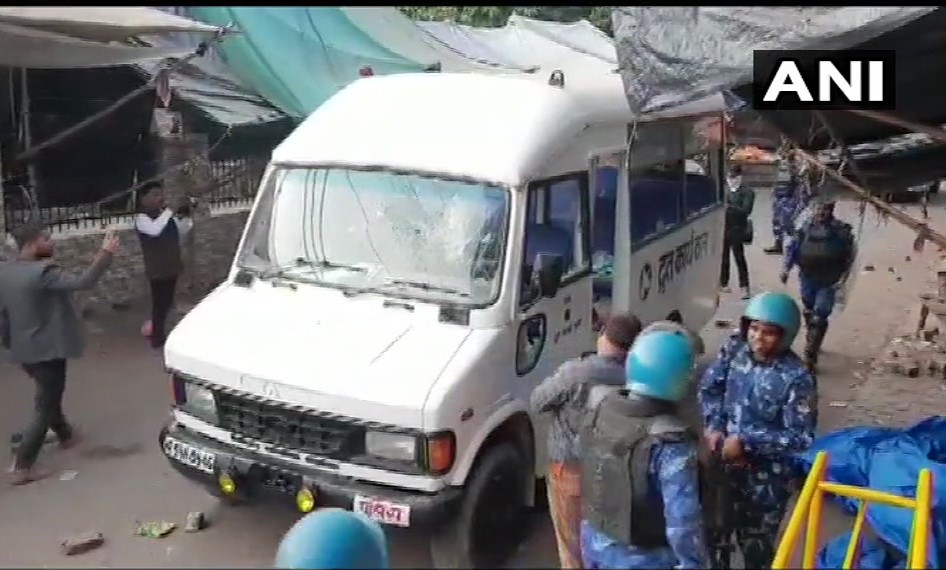 Clashes broke out between anti-CAA protesters and police at the old city area in Aligarh, Uttar Pradesh, following incidents of arson and stone-pelting on late Sunday afternoon.

The police had fired teargas shells to disperse the crowd indulging in vandalising property and throwing stones at security personnel in upper Kot area of the Kotwali police station, said police sources.

There were reports of injuries to some people but the exact number of those injured in clashes is yet to ascertained, they said.

Reports of brick-batting, arson were still coming in from a spot where some women protestors were holding a dharna since Saturday on the Mohamed Ali Road leading to the Kotwali police station with police trying to evict the protesters from there, they said.

The clashes broke out shortly after a Bhim Army-led march by hundreds of anti-CAA protesters heading to the district collectorate earlier was stopped midway by police and Rapid Action Force jawans.

Stopped by police, the protesters, however, had headed towards the Eidgah area in the city where another group of anti-CAA women protestors had been holding an indefinite dharna for the past three weeks.

As the Bhim Army-led protestors, including women, were stopped by police from moving ahead after they crossed over the Katpula Bridge from the old city, they decided to join the women protesters sitting in Eidgah area.

The protesters had taken out the march on a call by Bhim Army chief Chandra Shekhar.

Shops in some areas near Kotwali had downed their shutters.

Aligarh District Magistrate Chandrabhushan Singh told ANI, "Some women students from Aligarh Muslim University (AMU) are behind this, we are trying to identify them. We are ascertaining the damage caused by rioters and it will be recovered from them. Situation is under control now."

Aligarh SSP Rajmuni, who took over the charge as the district police only last night, had earlier told mediapersons that following the abortive march, an FIR has been lodged against three persons at the Delhi Gate police station for trying to violate prohibitory orders and breach peace in the city.

The new SSP said he was monitoring the situation arising out of the anti-CAA protests, going on both at the AMU and the old city area.

He had said our "channels of communications with protesters are going to remain open but it does not mean we will allow anybody to disturb the city's law and order".