The studio had announced in June this year that the film will hit the theatres on Diwali, while their another release Ranveer Singh's "83" will arrive on Christmas. 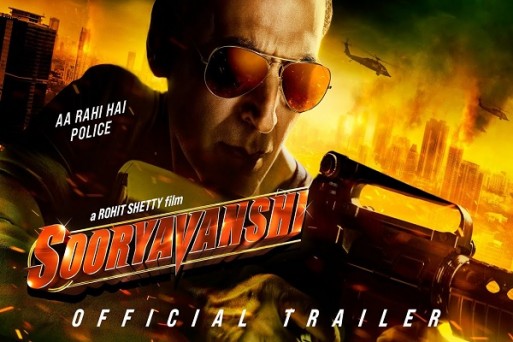 The studio had announced in June this year that the film will hit the theatres on Diwali, while their another release Ranveer Singh's "83" will arrive on Christmas.

Though the theatres are still shut across the country, they are expected to reopen from October 15 after the Union Home Ministry permitted cinemas and multiplexes to resume operations with up to 50 percent of their seating capacity.

The Ministry of Information and Broadcasting will be issuing a standard operating procedure (SOP) for cinemas soon.

Sarkar is happy with the government's decision but he is still unsure whether all the theatres will be operational by October 15.

Given the uncertainty, Sarkar said it is not practically possible to release "Sooryavanshi" on Diwali.

"One thing is clear, we are not releasing any film on Diwali. No other decision has been taken. It is not possible to release a film on Diwali now. As of now, all cinema houses are not opening from October 15. Even if it opens on November 1, how can you release a film in 10 or 15 days notice period?" he told PTI.

He said the makers are yet to take a call on the new release date of the Rohit Shetty-directed film.

"We are not sure whether we will change both 'Sooryavanshi' or '83' or we will just shift one film. It is definitely clear December to March is the time (to release films), this is the realistic timeline," he added.

"Sooryavanshi", directed by Rohit Shetty, was originally scheduled to release on March 24 and Kabir Khan-helmed "83" was set to hit the cinema houses on April 10.

But both the movies were indefinitely postponed due to the coronavirus pandemic, which led to theatres shut down across the country and in other parts of the world.

"Sooryavanshi" is the third film in Shetty's cop universe after Ajay Devgn's "Singham" and Ranveer-starrer "Simmba".

The film is presented by Reliance Entertainment and produced by Rohit Shetty Picturez in association with Dharma Productions and Cape of Good Films.