Farmers' stir is a movement to restore democratic values and people are 'emotionally connected' with it to save democracy: Akhilesh Yadav 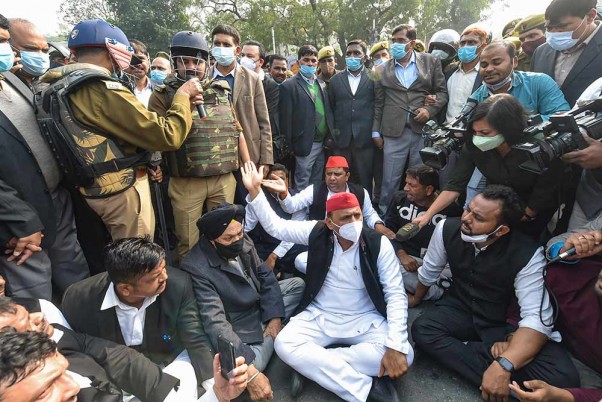 Samajwadi Party president Akhilesh Yadav on Friday accused the BJP of adopting a heartless attitude towards the demands of farmers, and said the global response to the stir has "deeply" hurt the image of India worldwide.

Yadav's party has been backing the farmers' stir against three new agri laws.

In a tweet, Yadav said, "The BJP government is ignoring the farmers by adopting a heartless attitude towards the justified demands of the agitators shivering on the streets.The global response that is coming to this, has deeply hurt the democratic image of India worldwide. BJP government should stop exploiting those who feed us".

Yadav had on Thursday said the farmers' stir was also a movement to restore democratic values and that is why people are "emotionally connected" with it to save democracy.

The SP leader was detained by the police on Monday after party workers led by him broke through a security cordon to sit on a dharna in the heart of the city in support of farmers.