In an exclusive interview to Outlook, Harsimrat Kaur speaks about the reasons behind her resignation from the Union Cabinet and her party's protest against the agricultural ordinances introduced in the Lok Sabha recently. 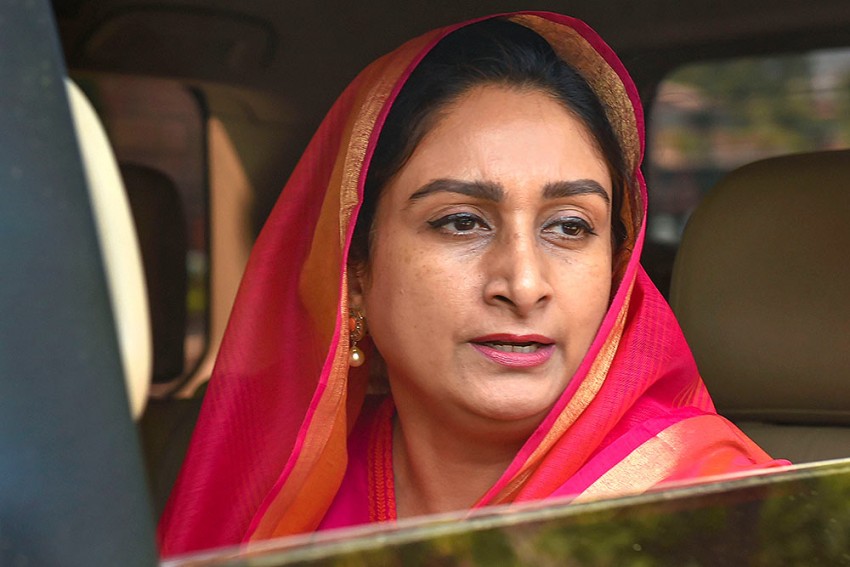 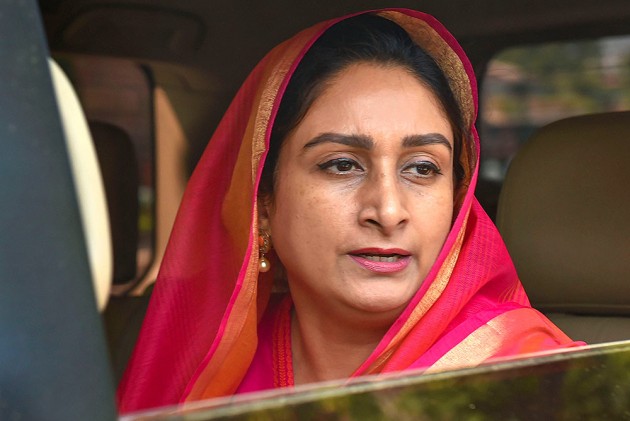 With the resignation of its lone member in the Narendra Modi government, Union minister for food processing industries Harsimrat Kaur Badal, the Shiromani Akali Dal (SAD) has come out in open protest against the agricultural ordinances introduced in the Lok Sabha on September 14. One of the founder members of the NDA, it has sought to distance itself from the ordinances in an apparent bid to give a message that it is more important for the party to keep its politics alive among the farmers of Punjab. In an exclusive interview with Harish Manav of Outlook, Harsimrat Kaur talks about the reasons behind her resignation and also why did the pressure exerted by her party on the BJP to withdraw the ordinances do not work. Excerpts:

Q. Why did you have to resign from the Union cabinet? Did the pressure built by your party on the government on this issue did not work?

We had been pleading with the Union agriculture minister as well the top leaders of BJP that all misgivings of the farmers regarding the ordinances should be addressed before the introduction of the ordinances, but it did not happen. During and after the introduction of three ordinances, I tried my best to convince the government to bring farmers, the real stakeholders, on board to address all their concerns and apprehensions. But I was made to believe that since ordinances are a temporary measure, all the concerns and contentions of the farmers could be taken care of ahead of the final enactment the law in Parliament. But that was not to be. Shiromani Akali Dal is a party of farmers and it does not want to be part of any anti-farmer decision of NDA. That is why I chose to resign from the council of ministers.

Q. Chief minister Amarinder Singh is saying that you took a long time to tender your resignation. The farmers of Punjab have already turned against Akali Dal…

Captain Amarinder Singh is protesting the ordinances now but his party, the Congress had included a proposal about the sale of farm produce in the market in its election manifesto ahead of the 2017 assembly polls. Despite claiming to be a well-wisher of the farmers, he has been hiding at his Mohali farmhouse. Why has he not sat on dharna to express solidarity with the farmers outside his palace in Patiala?

Q. What will be your next step?

Each and every member of our party is a farmer and farmers have a lot of expectations from us. Our party has always lived up to their expectations. The farmers who trust in us are most sacred to us. I have resigned in their interests. Standing firmly by the farmers, we will now take their fight from the streets to Parliament. All SAD MPs will vote against the agricultural ordinances in Parliament now.

Q. After your resignation from the Union Cabinet, can your party also quit the NDA on the issue?

Anything is possible in the interests of the farmers. My decision reflects my party's vision, its glorious heritage and its commitment to go to any extent in protecting their interests. I am proud that I can carry that legacy forward today.

Q. It is said that your father-in-law Parkash Singh Badal exerted pressure on you to resign from the Union Cabinet?

Our patron Sardar Prakash Singh Badal has a distinguished legacy. My decision is part of that legacy. The three-decade-old alliance formed by Parkash Singh Badal and Atal Bihari Vajpayee has not only rekindled the faith of the Sikhs in the fight for fair justice, but also established peace and communal harmony in Punjab.

Q. You were given the same food processing ministry in both NDA-1 and NDA-II government. It is said that you were not happy. Is it one of the reasons behind your move? Were you waiting for the right time to quit?

Not at all. I have resigned only on instructions from top party leaders to stand solidly with the farmers.

Q. You were in the Union Cabinet for more than six years. Are you satisfied with the development work done by the NDA government in Punjab during this period?

During my tenure, a large network of world class highways and super highways was set up in my constituency Bathinda, besides an AIIMS there, an IIM in Amritsar, and PGIHRE in Sangrur. International and domestic airports came up at Mohali, Bathinda and Adampur. Flights to Nanded Sahib for darshan of the holy Takht Sahib also took off. In Punjab, a lot of development work was done during the tenure of NDA only. Captain Amarinder Singh's Congress government failed to do any major development work in the past three and a half years.