The article claimed that Doval was running a hedge fund whose promoters are of dubious antecedents. 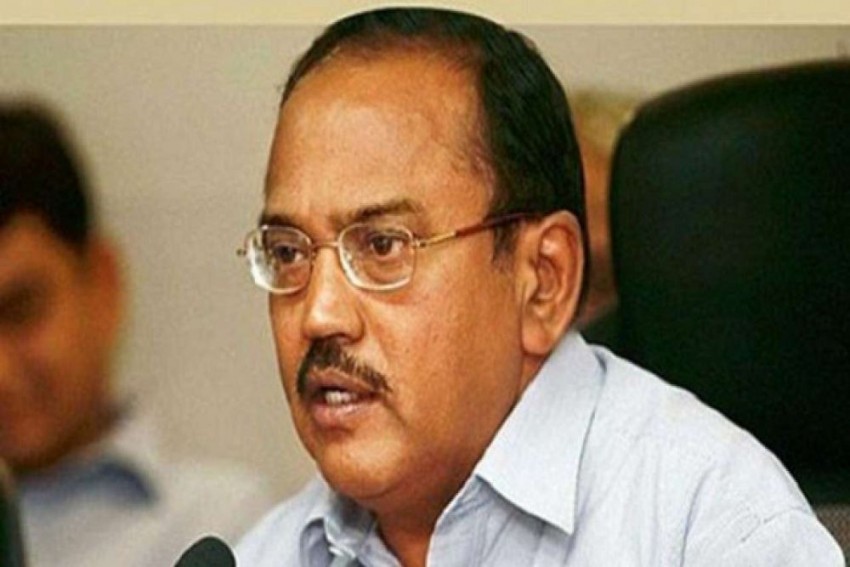 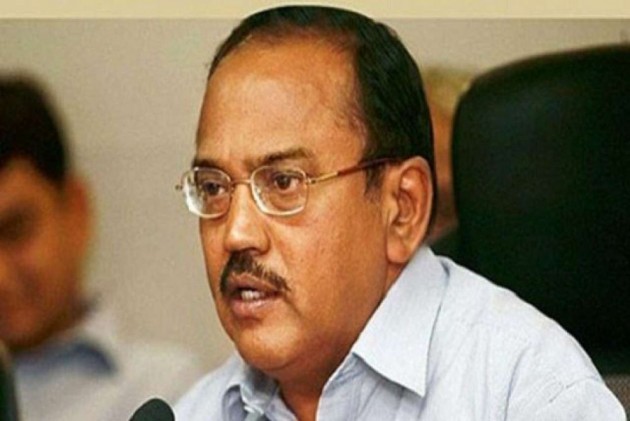 Besides the magazine and the author of the article, Kaushal Shroff, Vivek has also filed the complaint against Congress leader Jairam Ramesh for holding a press conference on January 17 reiterating the "baseless and unfounded facts" as narrated in the article.

The article claimed that Vivek was running a hedge fund whose promoters are of dubious antecedents.

He has claimed that the magazine was "deliberately maligning and defaming" him to "settle scores with his father".

The Caravan, had in its January 16 online journal titled, "The D Companies" said that Vivek, "runs a hedge fund in the Cayman Islands" which is "an established tax haven" and was "registered merely 13 days after Prime Minister Narendra Modi’s government demonetised all existing Rs 500 and Rs 1,000 currency notes, in 2016".

Vivek has alleged that the contents of the article present "no illegality" on his part, but the entire narration has been presented in a manner, which suggests "wrongdoings" to the readers.

"The very arrangement of the paragraphs and the interspersion of random paragraphs, has been done with the very purpose of confusing the reader and leaving him with the belief that there is a larger conspiracy at play, being spearheaded by the Complainant," said the complaint.

It also said that the social media tweets put out by the magazine's handle gave snippets from the article, which makes it clear that it is merely a targeted attempt to malign and tarnish reputation of Vivek and his family, in order to gain "political credit in light of the upcoming general election".

"The title of the article itself is scandalous to say the least... creating a prejudice in the minds of the readers against the Complainant and his family," the complaint said.

It further said that a questionnaire was sent to Vivek and his elder brother on a social networking site seeking details while vaguely mentioning that it is in regard to a story being done by the magazine.

It further alleged that there was no phone call seeking any clarification from him or his elder brother, which makes it clear that the questionnaire was a "mere eyewash done to complete the formality" as a defense of any criminal action as the accused had knowledge that the "imputations are per se defamatory and false".

With regard to Ramesh, the complaint said the press conference addressed by him went "beyond the mere narration in the article" and that he was already geared and armed to launch an attack, "merely waiting for the publication of the article", which could then provide a "smokescreen to the otherwise targeted and deliberate attack on the reputation of the complainant and his family".

It said that the article has been used as a political tool to "foster in unscrupulous hands" to "seek vendetta and wreak vengeance".

The complaint also said that the author of the article has claimed to have accessed numerous documents and there are "crucial pieces of information that is conveniently claimed to not be accessible to the author".

"The true facts of the matter, that is the history and background of the Complainant and his business ventures, as have been sufficiently detailed, amply evidence that the author has deliberately and selectively left out or claimed certain vital pieces of information as inaccessible, which would otherwise bring to the fore the legality and propriety of the business venture of the complainant," the complaint alleged.

It also said that the very act of setting up and launching of a hedge fund, whether in the Cayman Islands or any other place in the world, is not by itself an illegal and unlawful act.

"However, the same, even without explicitly so stating, has been portrayed in a manner that leads to the very setting up and launching of the hedge fund being perceived as an unlawful act," it said.

The complaint alleged that "a web of conjectures and surmises has been devised by selective and careful nitpicking of random facts in respect of the complainant, his brother and his father – the facts being completely unrelated to one another – and presenting them in a manner that hints at deep rooted conspiracies between the family members, in carrying out laundering of black money, by rerouting of funds into India through the Cayman Islands, in the post-demonetization era".

It added: "While there may be no explicit allegation so worded or phrased, to that extent, a number of questions to that effect have been raised, insinuating and imputing such wrongdoings, which leaves the public with a certain negative perception of the actions of the complainant and his family members, which perception was the anticipated and calculated reaction that the very questions, insinuations and imputations were aimed at."