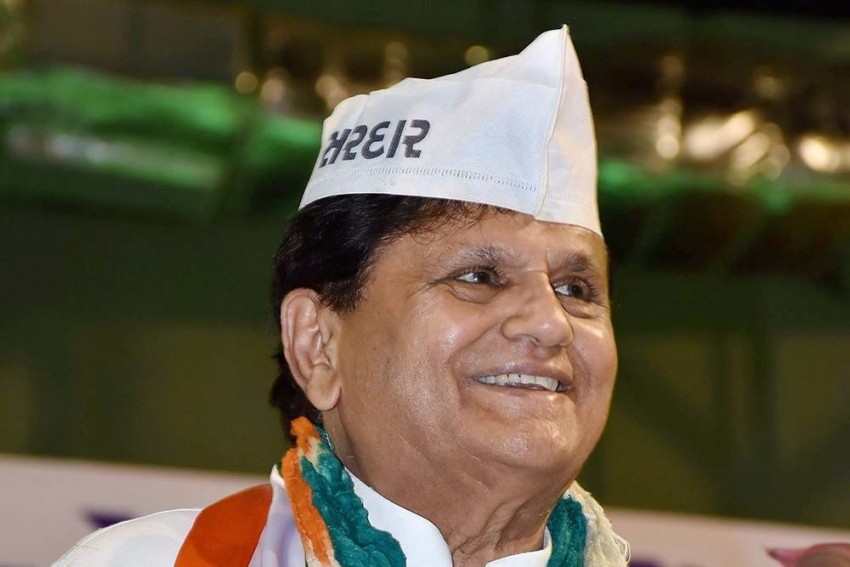 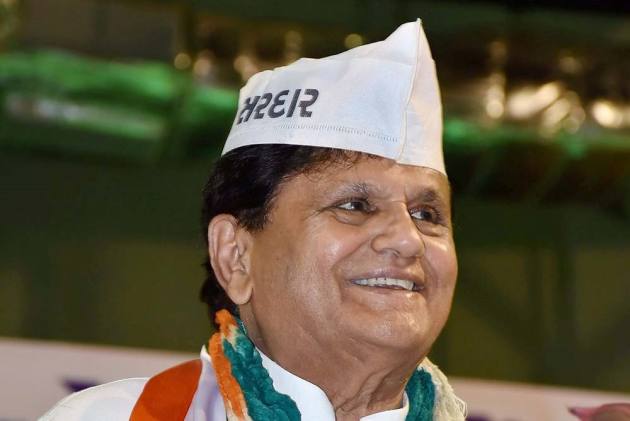 To say that the demise of Ahmed Patel (71) is a loss to the Congress party would be an inexcusable understatement. In a political career spanning over four decades that began with his Lok Sabha win from Gujarat’s Bharuch in the watershed post-Emergency general elections of 1977, Patel had navigated the complex power labyrinth of the Congress unlike any other party leader in recent memory.

Ahmed Bhai or AP, as Patel was referred to in political and media circles, had enjoyed the confidence of Indira Gandhi and briefly served the late Prime Minister Rajiv Gandhi as parliamentary secretary. He had cemented his position within the Congress organisation between 1992 and 1996 when PV Narasimha Rao and Sitaram Kesri wanted the Congress party detached from its Nehru-Gandhi engine. When Sonia took the reins of the party in 1998, many believed Patel’s free run would come to a grinding halt and in July 2000, it did seem that way. Patel’s running feud with former Union minister Madhavsinh Solanki in Gujarat and Sonia’s private secretary Vincent George in Delhi forced him to resign as the party’s treasurer – a post he was given in 1996 by Kesri. This was also a period when Sonia was still struggling to find her feet in politics and as Congress president – the party’s electoral fortunes had been on a downward spiral and the Sharad Pawar-led rebellion a year earlier had also caused her much embarrassment.

But then the tide turned. By mid-2001, George, who as Sonia’s powerful secretary had controlled all access to her and was resented among a substantial chunk of the party’s senior leaders for his clout, found himself in the CBI’s net over allegations of amassing wealth disproportionate to his known sources of income. George’s exit from the charmed 10, Janpath coterie gave Patel a chance to win back his place by Sonia’s side.

It wasn’t that Patel was ever completly in the boondocks. Unlike Yashpal Kapoor, RK Dhawan or Vincent George, who were essentially picked from the secretarial pool to serve as secretaries/advisors to Indira Gandhi, Rajiv Gandhi or Sonia in the past, Patel had made his career through electoral politics – winning three consecutive Lok Sabha polls between 1977 and 1984 before moving to the Rajya Sabha in 1993. Patel had been a member of the CWC since 1992. In 1997, Patel had won the largest number of votes to retain his place in the CWC during the party’s last internal elections – it is an irony that, in August this year, Patel stoutly rejected the idea of internal elections for the CWC when 23 of his party colleagues mooted the idea.

It is strange that the first 20 years of Patel’s political career, which saw him outwitting many Congress veterans of the time, freeing himself from the restrictive tag of just another Gujarati leader to becoming a formidable power centre in Delhi who was courted and envied by leaders of all political hues equally, is rarely discussed. But then, Patel never seemed to have any problems with this. It’s the latter half of his career – one that saw him becoming Sonia’s go-to man for every problem, the main troubleshooter and formidable negotiator for the Congress party that Patel will be remembered for. And in a time when even political whippersnappers and veterans alike stand out for their lust for posts and recognition, Patel stood out for his detached attachment to power. During the 10-year rule of the UPA, Patel could have leveraged his position as Sonia’s closest aide to get any ministerial position but he stayed out of government – apparently despite repeated offers of a cabinet position. Though the media, especially reporters on the Congress beat, constantly sought him out for bytes or to get off-record confirmation for various machinations within the Congress, Patel never showed any inclination for personal publicity.

It was only since 2017, particularly after his nail-biting win in the Rajya Sabha polls from Gujarat which came despite the BJP’s strident horse-trading attempts, and in light of a deepening existential crisis for his party which has brought Sonia and the Gandhi family under stack from their colleagues that Patel shed his reticence against addressing the media officially, even if very sparingly.

For Sonia in particular, Patel’s demise is a personal blow and one that comes at the worst time imaginable. Patel had been Sonia’s medium for all crucial political maneuvers for nearly two decades. Whenever the Congress chief discussed political matters with colleagues or outsiders and said she needed time to think about the matter, it was understood that she wanted to discuss the issue with Patel.

When Sonia began to withdraw from active politics on account of her failing health and to prepare Rahul for the Congress presidency after 2014, Patel’s detractors in the party were once again hopeful that his clout would reduce significantly. Patel lay low, never showing the slightest sign of discomfort with the obvious discord running through the Congress organisation because of the changes Rahul was trying to bring or the manner in which Rahul chose to pick up issues against the BJP. Sonia, however, continued to defer to Patel’s advise on party matters and summon his expertise whenever she sensed some trouble brewing. Though party insiders claimed that Rahul and Patel didn’t always see eye to eye on most matters, they gradually developed a cordial working relationship. Patel quietly helped Rahul withdrawing the election strategy for the 2017 Gujarat Assembly polls – the only time in recent memory that the Congress came very close to unseating the BJP in Narendra Modi’s home state.

When Rahul finally became the Congress president, Patel’s position within the party remained intact and he even made a comeback as the party’s treasurer. The Congress had been facing a massive crisis of funds and Patel’s predecessor, octogenarian Motilal Vora, was known more for the hours he spent sitting in his office at 24, Akbar Road than for actually raising capital for the party. Patel, in contrast, had the reputation of a very resourceful man who had, in his long political career, hoarded several ‘I Owe Yous’ from businessmen and industrialists which he could now call upon to encash for the party.

Soon after the Congress party’s second consecutive Lok Sabha debacle in 2019, when Rahul Gandhi plunged the party into a deeper crisis with his insistence to resign its presidency, it once again fell to Patel to evolve a solution. Sonia’s first instinct was to have Patel negotiate with Rahul On August 10, 2019, with Rahul still reluctant to stay on and insisting on a non-Gandhi party chief, the CWC was convened to take a call on who would be the next party president. Patel worked his phone for hours, speaking individually to most members of the CWC and came up with the plan to have sub-groups of CWC members discuss the alternative. The catch, though, was that Patel had told the seniors in each of these sub-groups that they must return with an endorsement for Sonia as interim chief. The script played out as Patel (and obviously Sonia too) had drafted. When the CWC reconvened later that evening, all CWC members urged Sonia to return as interim chief of the party and authorized her to make organisational changes that she deemed fit.

The damage control measure of replacing Rahul with Sonia as interim Congress chief, however, has lasted much beyond its shelf life. The push for organisational reforms and visible leadership by 23 Congress leaders is a direct consequence of the Nehru-Gandhi family and Patel’s resistance to any change of the status quo. When the 23 leaders had first written their letter to Sonia, Patel had stepped in to deflate the rebellion by marshalling support of various Congress leaders against the reform-seekers. With him gone, Sonia, Rahul and even Priyanka will have to find a new troubleshooter. Given the party’s current crop of leaders, it’ll be a void tough to fill.