The SC directed the court-appointed EPCA and chief secretaries of Haryana, Punjab, and Uttar Pradesh to assist the Lokur panel to enable it in physical surveillance of fields where stubble is burnt. 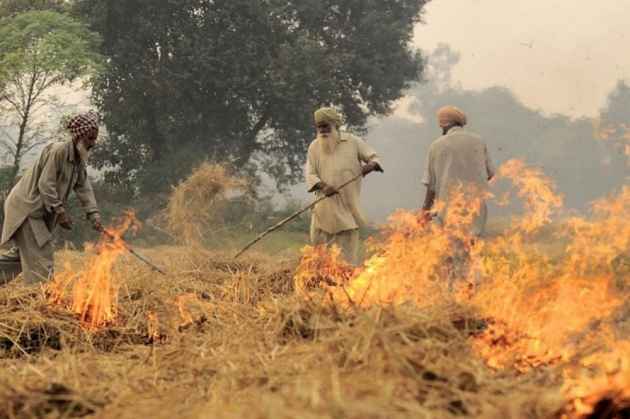 Welcoming the Supreme Court's decision to form a Lokur committee to look into stubble burning, the AAP on Friday claimed that the Centre did not favor the panel's formation as it wanted to downplay the stubble burning issue.

The apex court has appointed retired apex court judge Justice Madan B Lokur as a one-man committee to take steps for preventing stubble burning in Punjab, Haryana, and Uttar Pradesh which is a source of pollution in Delhi-National Capital Region (NCR).

Solicitor General Tushar Mehta told the bench that the government had reservations about the appointment of the Justice Lokur committee for monitoring stubble burning.

Addressing a press conference, Aam Aadmi Party (AAP) spokesperson Saurabh Bhardwaj said the Centre did not favor the formation of the panel because it wanted to "downplay" stubble burning as the main cause of pollution in north India as it does not suit the BJP's narrative.

"We welcome the Supreme Court's decision in the matter. The formation of the panel proves four things. It proves that stubble burning is the main cause of pollution in Delhi," Bhardwaj said.

"Secondly, it also proves that the Centre and state governments of Punjab, Haryana, and UP have no interest in solving the problem of pollution and that is the reason that the SC had to intervene and form the committee to look into the pollution," he said.

"Thirdly, the SC-appointed EPCA also failed to address the issue of stubble burning in the last five years. Fourthly, the opposition by the SG (Mehta) shows that the Centre, for its politics, wanted the pollution to continue so that they can continue to blame Delhi government for it," he added.

The apex court directed the court-appointed Environment Pollution Control Authority (EPCA) and chief secretaries of Haryana, Punjab, and Uttar Pradesh to assist the Lokur panel to enable it in physical surveillance of fields where stubble is burnt.

It said the panel shall submit its report on stubble burning fortnightly to the apex court.