AAP Report Card-I: Out Of 1,000 Mohalla Clinics Promised, Only 191 Delivered

The project could not fully take off due to non-availability of land, with various land-owning agencies, including the DDA, not willing to provide land for the clinics. 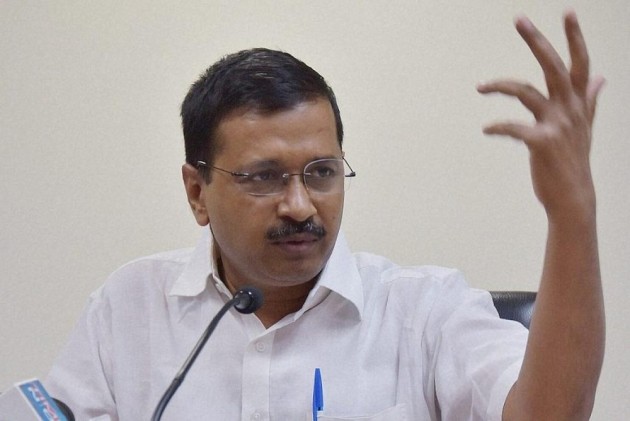 The Aam Aadmi Party promised 1,000 Mohalla Clinics when it came to power in 2015 which was aimed at providing primary healthcare by ensuring free doctor consultations, tests and medicines to people, but after 4.5 years of its rule, only 191 clinics were operational till March.

Though the project should have launched by June 2016, it was only in September 2017 that the Lt. Governor gave his nod to the project as Delhi Chief Minister Arvind Kejriwal and L-G before that were engaged in a bitter feud.

Until July 4, 2018, the city Cabinet had to take the approval from the L-G for all its decisions, it was only after the July 4 verdict of the Supreme Court that the Delhi Cabinet got its decision-making power.

However, after the approval from the L-G, the project could not fully take off due to non-availability of land, with various land-owning agencies, including the DDA, not willing to provide land for the clinics.

The Health Department claims that over 55 lakh people have been served at the clinics. "The average footfall of one clinic per day is about 90 people."

The AAP got international praise for launching the Mohalla Clinic initiative by Kofi Annan, former secretary general of United Nations and Gro Harlem Brundtland, former director-general of World Health Organisation and even United Nations secretary-general Ban Ki-Moon who said he was "deeply impressed" after paying the clinics a visit.

In its 2015 manifesto, the party promised to create 900 new Primary Health Centres (PHCs), but after a year in power, Kejriwal promised 1,000 clinics.

Initially, the AAP government had planned to have a clinic -- with a doctor, a pharmacist, a clinic assistant/multitasking worker -- in a radius of 5 km over a population of 10,000-15,000.

According to a Health Department official, sites for 721 clinics have been identified until March.  Permission for 614 sites has been given from the land-owning agencies.

"By this year-end, the number of clinics will go up as the work is in full swing," the official said.

The official added that land identification and finalisation have been a major issue before the department, as the land is not under the Delhi government.

"Land acquisition is taking most of the time, and there is no knowing how long it will take. The other agencies were not very keen on giving us the land for clinics. The process is: as soon as we are able to identify and finalise the land, the construction part is initiated," the official said.

The sites for the clinics were inspected by the officials from the Health Department, PWD and the land-owning agency.

"After the land is finalised and approved, the land-owning agency has to issue a NOC," he added.

The PWD is then given a period of six months to build the clinic, while three months' time is assigned to ensure electricity and water supply along with posting of the staff -- a doctor, a pharmacist, and a multi-task worker.

"While the medicines are provided free of cost to the patients as per the essential drug list, the lab investigations were carried out by the empanelled laboratories," the official said.

Along with providing health-related information, education and awareness, the clinics also provide preventive services such as antenatal and postnatal care of pregnant women, assessment of nutritional status and counselling and a preventive and promotive component of National/State Health Programmes.