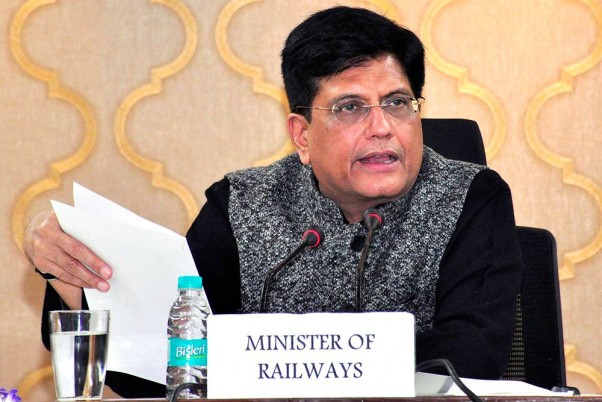 The government has informed the Rajya Sabha that 97 people died on board the Shramik Specials, admitting for the first time that migrant labourers lost their lives in the trains which were run to ferry them during the COVID-19 lockdown.

In a written answer to a question posed by TMC MP Derek O'brien on Friday, Railway Minister Piyush Goyal provided the statistics to the upper house of parliament.

"Based on the data provided by State Police, 97 persons have been reported dead till 09.09.2020 while travelling on board Shramik Special Trains during current Covid-19 situation/crisis," the minister said.

"The state police registers case under Section 174 of Cr.PC in cases of unnatural deaths and follows further legal process," the minister said.

Out of the 97 cases of death, the state police sent dead bodies for post mortem in 87 cases, the minister said.

A total of 51 post mortem reports have been obtained from respective state police forces so far, in which the reasons for deaths have been shown as cardiac arrest/heart disease/brain hemorrhage/pre-existing chronic disease/chronic lung disease/chronic liver disease etc, the minister said.

The statement of the minister comes after the government came under criticism when the labour ministry earlier this week informed parliament that no data is available on the number of migrant workers who lost their lives during the 68-day lockdown enforced on March 25 to curb the spread of the COVID-19.

Shramik Special trains began operation on May 1 to ferry migrant labourers back to their home states during the lockdown period.

In all, 4,621 Shramik Special trains were operated between May 1 and August 31, carrying 6,319,000 passengers to their home states, the ministry said.

Policing on Railways being a state subject, prevention of crime, registration of cases, their investigation and maintenance of law & order in Railway premises as well as on running trains are the statutory responsibility of the state governments, which they discharge through Government Railway Police (GRP)/District Police," Goyal said.