For the first time since the coronavirus lockdown came into force on March 25, the government has allowed opening of yoga institutes and gymnasiums from August 5 as part of the 'Unlock 3' phase. 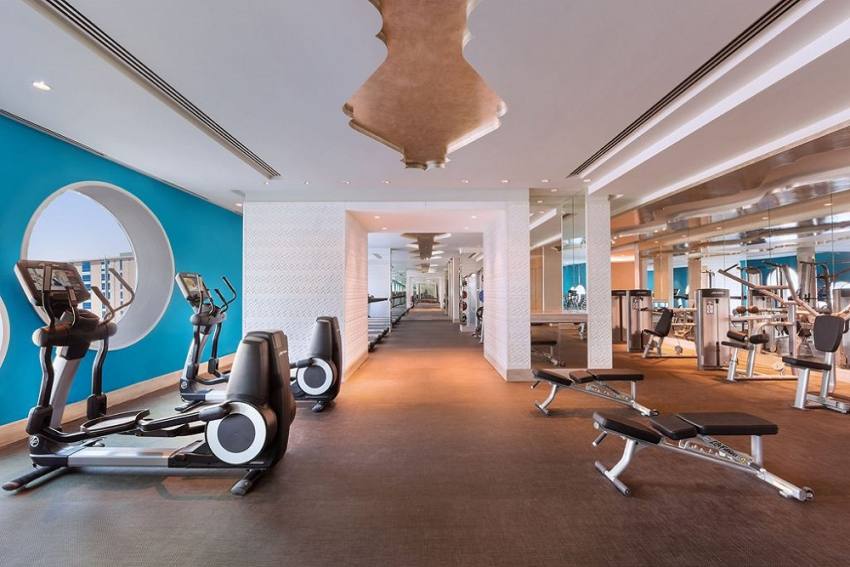 Ahead of the reopening of yoga institutes and gymnasiums, the health ministry on Monday issued COVID-19-appropriate protocols to be followed at such facilities like allowing only asymptomatic people, maintaining social distancing, use of Aarogya Setu mobile application and wearing of visor while exercising as far as possible.

All yoga institutes and gymnasiums in containment zones shall remain closed and only those outside such zones will be allowed to open, the 'Guidelines on Preventive Measures to Contain Spread of COVID-19 in Yoga Institutes & Gymnasiums' stated.

The guidelines lays down the processes and premises redesigning, including proper placement of equipments. Yoga institutes and gymnasiums have been asked to plan the floor area based on four metres squared per person.

Persons above 65 years of age, persons with comorbidities, pregnant women and children below the age of 10 years are advised not to use gyms in closed spaces, the guidelines said.

For the first time since the coronavirus lockdown came into force on March 25, the government has allowed opening of yoga institutes and gymnasiums from August 5 as part of the 'Unlock 3' phase.

The document outlines various generic precautionary measures to be adopted in addition to specific measures to be taken at yoga institutes and gymnasiums to prevent the spread of COVID-19.

The guidelines state that at the entry point at all such facilities, it is mandatory to have hand hygiene (sanitiser dispenser) and thermal screening provisions.

"Only asymptomatic persons (including staff) be allowed in the premises. All persons to be allowed entry only if using face cover/masks," it said.

"All members, visitors and staff may consider using Aarogya Setu application for risk identification at all times inside the yoga institute/ gymnasiums," the guidelines stated.

Call centre/state helpline/ ambulance and refer such persons to the nearest health facility, the document added.

It calls for ensuring minimum distance of six feet at all times in queues and proper crowd management in parking lots, corridors and in elevators -- duly following social distancing norms.

It suggested staggering of visits of members with separate timing slots to allow for adequate physical distancing and disinfection of premises and equipment.

"In yoga institutes, shoes/footwear are to be preferably taken off outside the premises where yoga exercises are done. If needed they should be kept in separate slots for each individual/family by the persons themselves," the guidelines said.

Details of check-in and checkout times of members and visitors must be recorded along with their name, address and phone number, the document said.

It also called for placing of equipment, including cardio and strength machines, six feet apart, wherever feasible, by moving equipment to facilitate social distancing. "Where available, utilize any outdoor space by relocating equipment outside. Create specific pathways for entering and exiting exercise areas within closed spaces using floor or wall markings," the guidelines stated.

"Lockers will remain in use, as long as social distancing is maintained. Ensure dustbins and trash cans are covered at all times," the guidelines stated.

"Remove mask and wear visor as far as feasible while exercising," the document said.

It also called for limiting the number of staff and members within the general gymnasium floor, specific workout areas and change rooms.

Hand sanitiser stations must be provided near each gymnasium equipment and it should be ensured that members sanitise their hands before them, the guidelines stated.

It also said that an ill person should be placed in a room or area where they are isolated from others.

"Provide a mask/face cover till such time he/she is examined by a doctor. Immediately inform the nearest medical facility (hospital/clinic) or call the state or district helpline," the guidelines said.

A risk assessment will be undertaken by the designated public health authority (district Rapid Response Team /treating physician) and accordingly further action be initiated regarding management of case, his/her contacts and need for disinfection, they said.

Disinfection of the premises to be taken up if the person is found positive, the document said.

The practice of Yogic Kriya(s) may be avoided for the time being and even if it is to be practised essentially, it may be done in open spaces, the guidelines said.

They also called for staggering class session times and allowing minimum of 15-30 minutes between classes to avoid overlap between members arriving and leaving.