A case has been registered against the deceased's family for violating provisions of the Epidemic Act. 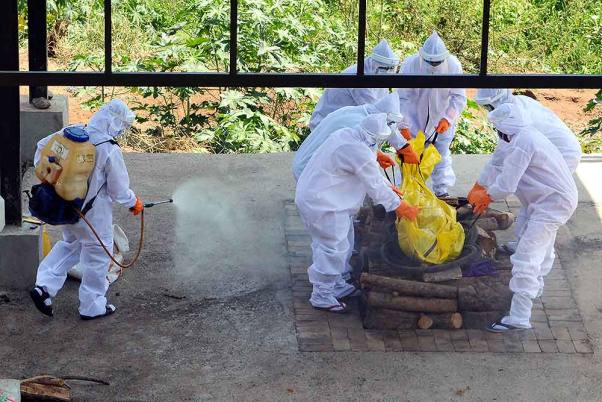 At least 18 mourners, who attended the funeral of a COVID-19 patient, have tested positive for the infection in Ulhasnagar town of Maharashtra's Thane district, a civic official said on Saturday.

Defying prohibitory orders, at least 70 persons had attended the funeral of a 40-year-old woman, who had tested positive for the virus post her death, a spokesperson of the Ulhasnagar Municipal Corporation said.

The woman's body was handed over to her family with specific instructions to not open the bag, but they opened the wrapped body to perform the last rites on May 25, the official said.

The police were first alerted about the funeral, following which the civic authorities were notified, he said.

When the 70 mourners, including close relatives, were tested for the infection, reports of 18 came out positive on Friday, he said.

A case has been registered against the deceased's family for violating provisions of the Epidemic Act, the official added.

In a similar incident earlier this month, when a 50-year-old patient died of the infection, the deceased's family unwrapped the body to perform last rites and at least 20 people contracted the infection.