Jammu and Kashmir: The incident occurred late Saturday night near Chenani, when the vehicle was on its way back from the Patnitop hill resort 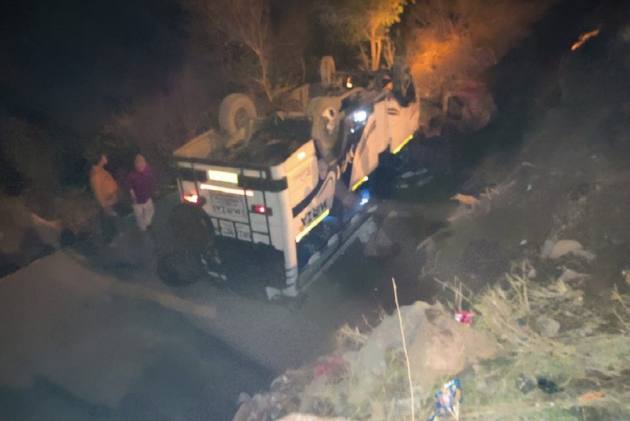 A mini-bus en route from Delhi to the Mata Vaishno Devi shrine swerved off the road and fell into a 15-feet deep ditch in Jammu and Kashmir's Udhampur district, injuring at least 16 pilgrims, officials said on Sunday.

All pilgrims hailed from Delhi. The incident occurred late Saturday night near Chenani, when the vehicle was on its way back from the Patnitop hill resort, officials said.

They said the bus was heading for Mata Vaishno Devi shrine in Reasi district when its driver lost control over the wheel as a result of which it veered off the road and fell into a 15-feet deep ditch.

The rescuers immediately swung into action and shifted 16 of the injured to sub-district hospital in Udhampur, the officials said, adding that the condition of all of them was stated to be "stable".

Ten other devotees escaped unhurt in the accident, they added.