Khushi Shah, who scored 97 per cent marks in class VI, left school in November last year, to lead a simple life and embraced monkhood on Wednesday 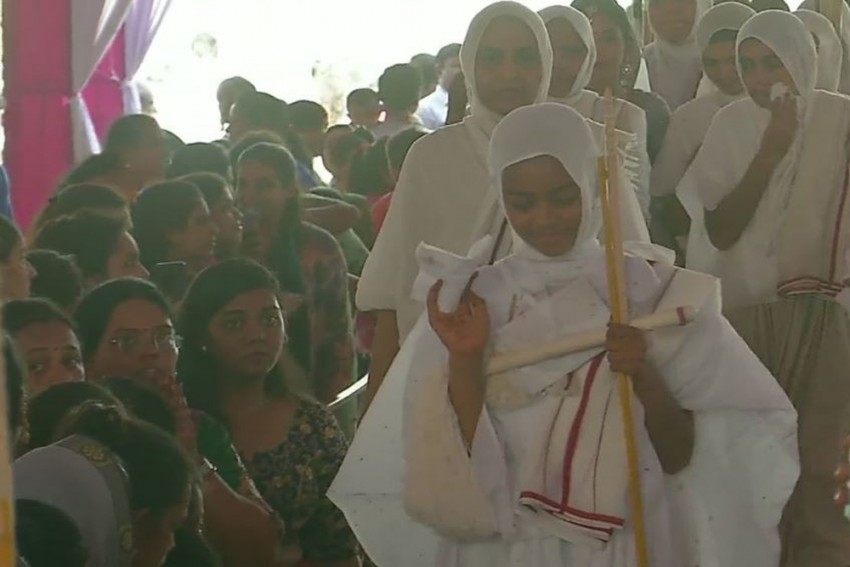 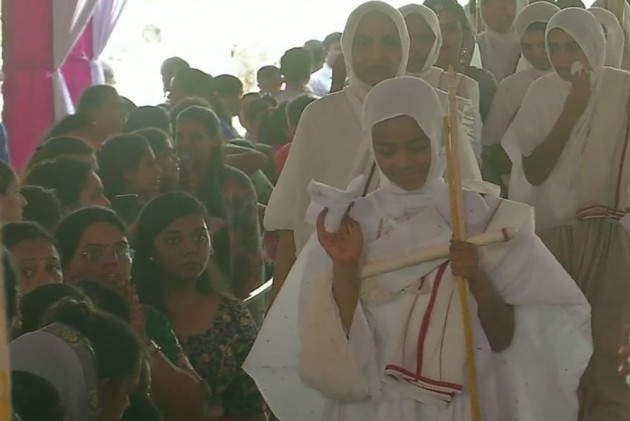 A 12-year-old girl from Surat has decided to renounce worldly pleasures and embrace monkhood.

"The pleasures we enjoy here aren't permanent as this world is temporary and it will remain so. The only way to peace and salvation is to lead a simple life," Khushi said on Tuesday.

The girl, Khushi Shah, isn't the only one from her family to become a Jain monk. She said, "When I was a child, there were four people from my family who had chosen this path to attain peace. According to Simandhar Swami ji, one should renounce worldly pleasure at the age of 8. Now I'm 12-years-old. So that's the reason why I want to take Diksha (initiation ceremony) at the earliest."

Khushi's father Vinit Shah, who is a government employee, said, "At this tender age, she has got the insight and it is not something very common among children. It is a matter of pride for us. She can spread light in the lives of millions once she becomes a saint."

Khushi, who scored 97 per cent marks in class VI, left school in November last year, to lead a simple life. "She has already travelled thousands of kilometres on feet and has seen the life after Diksha very closely," Shah added.

Meanwhile, Khushi's mother said, "Though I want her to become a doctor, we both agreed to her because we want all her wishes to be fulfilled. I am so proud of her decision."

The Diksha ceremony to become a Jain monk was held on Wednesday.