Earlier in the day, Goa Chief Minister Pramod Sawant met BJP president Amit Shah and both leaders believed to have held deliberations over a reshuffle in the state Cabinet after the arrival of 10 Congress MLAs. 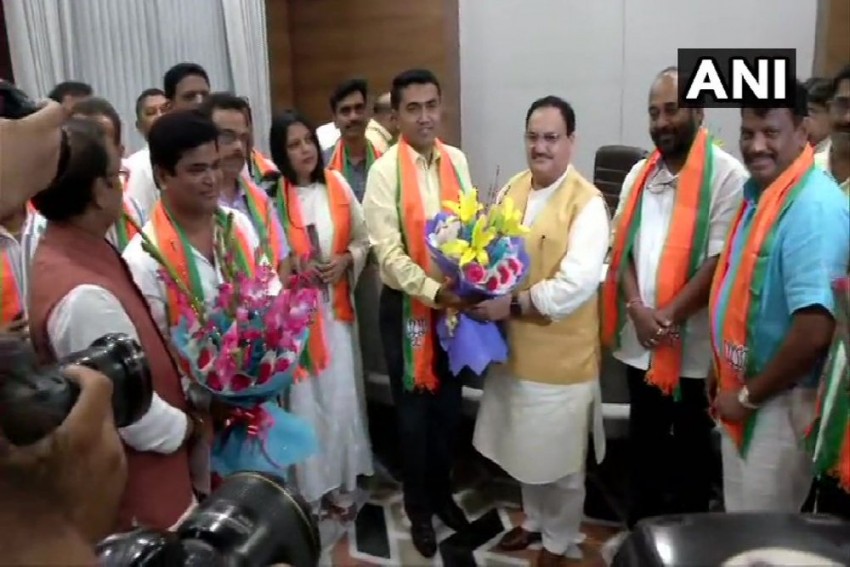 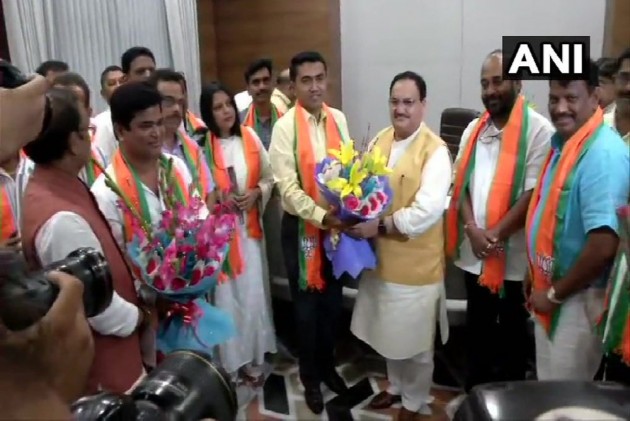 Earlier in the day, Sawant met BJP president Amit Shah and both leaders are believed to have held deliberations over a reshuffle in the state Cabinet after the arrival of 10 Congress MLAs.

Sawant arrived in the national capital with the 10 MLAs and met senior BJP leaders, including its working president J P Nadda.

Party sources said a Cabinet reshuffle in Goa is likely with the induction of the 10 MLAs.

Sawant will have to drop current ministers, many of whom are BJP allies whose support was crucial to his government's survival, to accommodate the defectors from the Congress.

With its numbers in the 40-member assembly swelling to 27, the BJP is no longer dependent on its allies, including Goa Forward party and Independents.

With the Congress accusing the BJP of "murder of democracy" over its MLAs' switchover, the Goa chief minister asserted that they have joined his party "willingly" and to push development work in the state.

Chandrakant Kavlekar, who was the leader of the opposition in the assembly before he spearheaded a coup in his own party and joined the BJP along with nine other MLAs, told reporters that they wanted development work in their constituencies.

It was not possible if they were in the opposition, he claimed.

He also cited the "struggle" in the Congress, an apparent hit at the party's leadership crisis after its president Rahul Gandhi resigned following its rout in the recent Lok Sabha polls, and wondered how long they could have continued in such conditions.

He also praised policies of the state and central governments, saying they had made a good impact.

After the 2017 assembly polls, a hung assembly had emerged, with Congress winning 17 and BJP 13 seats. But the BJP outsmarted the Congress by cobbling together a coalition quickly. With steady erosion from its ranks, the Congress's strength is now only five.