India and Japan also signed six agreements, including on a high speed rail project and naval cooperation, and agreed to hold 2+2 dialogue . 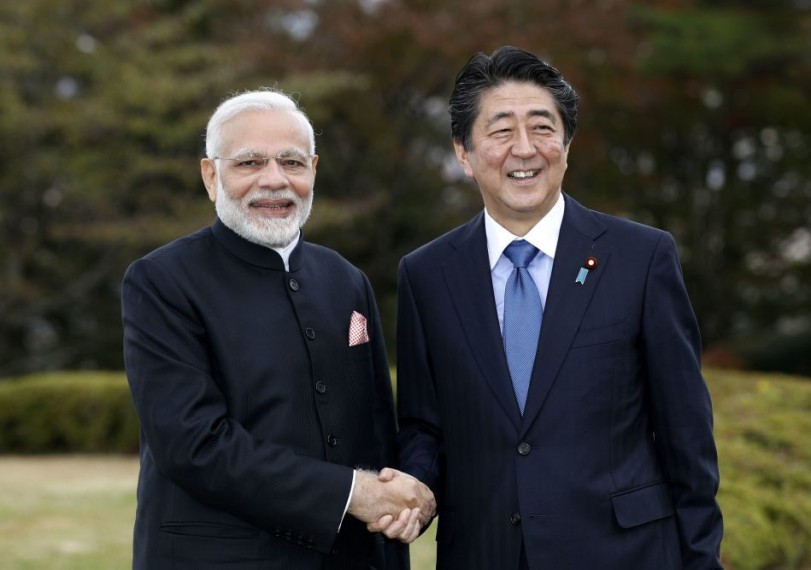 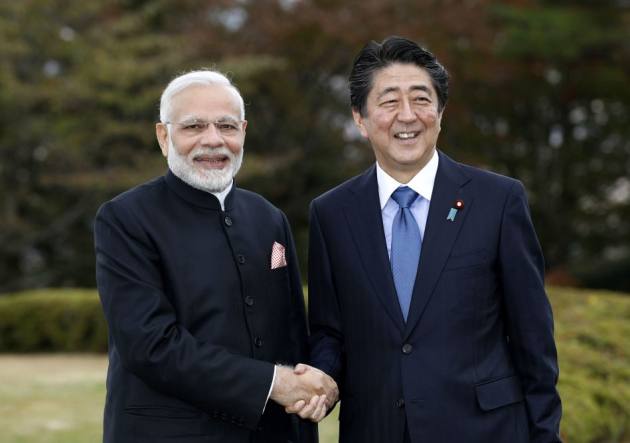 In a move aimed at bringing increased stability in foreign exchange and capital markets in the country, India on Monday concluded a USD 75 billion bilateral currency swap agreement with Japan.

Prime Minister Narendra Modi, who is visiting Japan, and his Japanese counterpart Shinzo Abe held delegation-level talks during which the two leaders discussed a range of bilateral, regional and global issues including the situation in the Indo-Pacific region.

"With a view to enhancing financial and economic cooperation, governments of Japan and India welcomed the agreement to conclude a Bilateral Swap Arrangement (BSA) of USD 75 billion," said India-Japan Vision Statement issued after the summit-level meeting between the two leaders.

The swap agreement, a Finance Ministry's release said, should "aid in bringing greater stability to foreign exchange and capital markets in India...This facility will enable the agreed amount of foreign capital being available to India for use as and when need arises".

Meanwhile, India and Japan also signed six agreements, including on a high speed rail project and naval cooperation, and agreed to hold 2+2 dialogue after Prime Minister Modi and his Japanese Prime Minister Shinzo Abe held talks Monday during which they discussed a range of bilateral, regional and global issues including the situation in the Indo-Pacific region.

During the 13th annual summit, the two Prime Ministers reviewed developments in bilateral relations and explored new areas of cooperation, focusing on shared vision for peace and prosperity in the Indo-Pacific, where China is flexing its muscles.

Speaking at the joint press meet with PM @AbeShinzo. https://t.co/4KR0hnVKY2

The two leaders agreed that India and Japan must work together for a rules-based and inclusive world order that fosters trust and confidence by enhancing communication and connectivity to ensure rule of law, unimpeded trade and flow of people, technology and ideas for shared prosperity.

They agreed to hold a 2+2 dialogue between the Foreign Ministers and Defence Ministers of the two countries. India has a similar agreement with the US and the two sides held the first round of 2+2 dialogue in New Delhi last month.

"We both agree that from digital partnership to cyberspace, health, defence, ocean to space, in every field we will strengthen our partnership," Prime Minister Modi said after the talks.

The two leaders reviewed the progress made on the Mumbai-Ahmedabad High Speed Rail project, which is an important symbol of India-Japan collaboration. The two sides signed an agreement on yen loan for the project.

They also welcomed the continued cooperation on metro projects which support smarter development of Indian cities.

The two sides also signed an agreement on the implementing arrangement for deeper cooperation between the Indian Navy and the Japan Maritime Self-Defense Force (JMSDF).

The formal summit between Modi and Abe comes a day after the two Prime Ministers spent about eight hours together at a picturesque resort near Mount Fuji in Yamanashi prefecture discussing ties between the two countries and ways to deepen strategic dimension of the bilateral relationship.

Earlier, Modi was given a guard of honour upon his arrival for the annual summit talks at the Kantei, the Prime Minister's Official Residence.