India had signed a development programme for Rakhine late last year which was designed to assist the Myanmar government to build housing infrastructure for return of displaced persons. 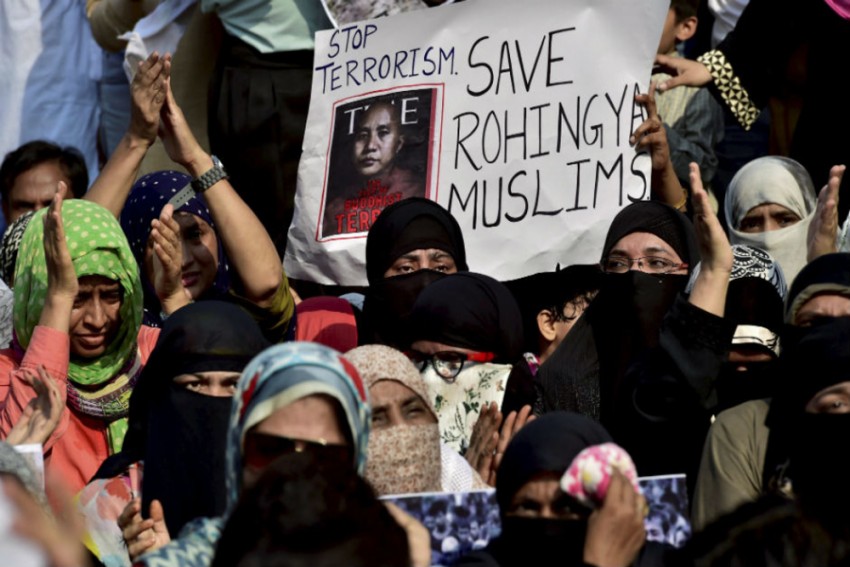 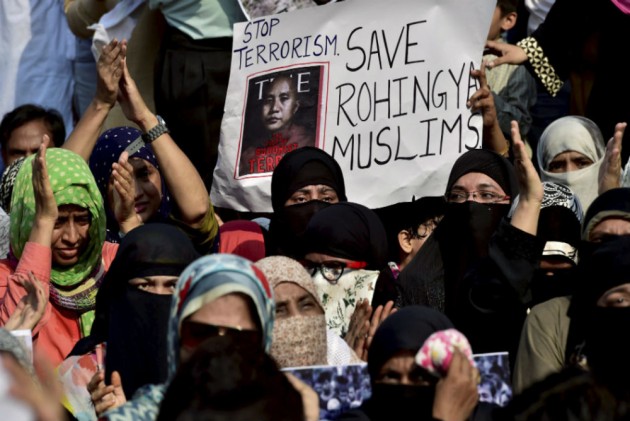 Following delegation-level talks between President Ram Nath Kovind and his Myanmar counterpart U Win Myint, India on Tuesday handed over to Myanmar the first 50 housing units built for the displaced Rohingya Muslim minority in Rakhine state.

According to a statement issued by the Rashtrapati Bhavan, the two sides also signed two agreements following the talks - one on capacity building of judges and judicial officers in Myanmar and another on cooperation in science and technology - as Kovind started this three-day state visit to the eastern neighbour with a ceremonial reception at the Presidential Palace here.

India had signed a development programme for Rakhine late last year which was designed to assist the Myanmar government to build housing infrastructure for return of displaced persons.

Two hundred and fifty housing units were planned under the first phase of the development project.

Over 730,000 Rohingya members, who are not recognised as citizens by Myanmar, have sought refuge in Bangladesh since August 2017, following a military campaign against the minority community in Rakhine.

Coinciding with Kovind's visit and to further people-to-people relations, Myanmar has also announced a visa-on-arrival facility for Indian tourists.

According to the Rashtrapati Bhavan statement, Kovind, during the talks, said that India attached special priority to its relations with Myanmar.

"Myanmar is a key partner for India's Act East and Neighbourhood First policies," it stated.

Stressing that India took pride in its development cooperation partnership with Myanmar and is committed to completing all connectivity projects, Kovind said that the port and inland waterway components of the Kaladan multimodal transport project connecting Sittwe port in Myanmar with Mizoram in northeastern India have been built.

A trilateral highway connecting India, Myanmar and Thailand is currently under construction.

"The President said that India deeply appreciates the reforms underway in Myanmar," the statement said.

"We understand that this is a particularly challenging time for Myanmar. India is in full support of the objectives of the National Peace Process."

According to the statement, Kovind also said that residents of India's northeastern region have particularly welcomed and are beginning to reap the benefits of the land-border crossing agreement concluded recently by the two sides.

"They look forward to the early conclusion of the Motor Vehicles Agreement," he was quoted as saying.

"Connectivity initiatives are bringing progress and prosperity to people on both sides of the border."

Kovind will also visit Yangon during the course of his three-day trip to Myanmar, his first state visit to a country with which India shares a land border.