Sources said Parliamentary Affairs Minister Pralhad Joshi, representing the government, suggested that India-China issue is sensitive and related to national security and thus can't be discussed at a public platform. 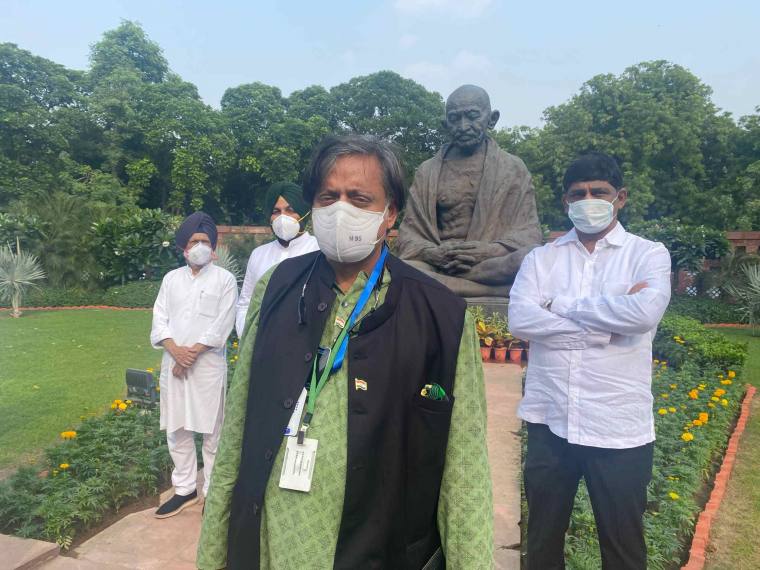 Congress leaders including Shashi Tharoor protesting against 'lack of opportunity to discuss the Sino-Indian border issue' in Parliament
Twitter
Outlook Web Bureau September 15, 2020 00:00 IST Congress Walks Out Of Lok Sabha As Govt Says No To Discussion On India-China Standoff 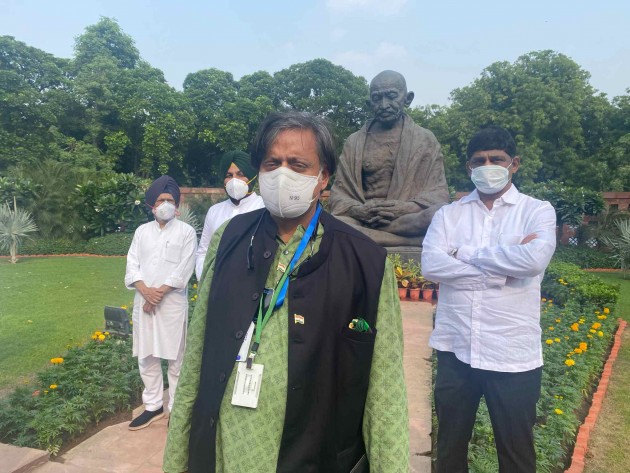 The Congress MPs on Tuesday staged a walkout from the Lok Sabha after the government declined Opposition's demand to hold a discussion on India-China border issue.

The Congress and other opposition parties raised these demands in the first business advisory committee (BAC) meeting for Lok Sabha chaired by Speaker Om Birla on Sunday, but no time was allocated for these discussions. Floor leaders of all parties attend the BAC meeting which decides the agenda for the House.

The ruling party on Tuesday declined any discussion on the issue, prompting the Congress MPs to stage a walkout.

Sources said Parliamentary Affairs Minister Pralhad Joshi, representing the government, suggested that the issue is sensitive and related to national security and thus can't be discussed at a public platform.

Congress' leader in the Lok Sabha, Adhir Ranjan Chaudhary said, "During the 1962 war, Atal Bihar Vajpayee had demanded discussion on the ongoing war and Prime Minister Jawaharlal Nehru had agreed to hold a two-day discussion in Parliament."

Congress spokesperson Randeep Singh Surjewala also said that while India stands with the forces, the defence minister "must explain how did the Chinese manage to occupy Indian territory."

Joined @incIndia MPs in protesting the lack of opportunity to discuss the Sino-Indian border issue after the strong statement of DefenceMinister @rajnathSingh. The nation stands united behind our soldiers but, as in 1962, there are legitimate issues to raise. #NoQuestionsForBJP pic.twitter.com/XrzGuUPXdk

In the Lok Sabha during the ongoing Monsoon Session, Defence Minister Rajnath Singh said that India has conveyed to China that attempt to forcibly alter Sino-Indian boundary is not at all acceptable.

Defence Minister Rajnath Singh on Tuesday said that India and China border issue remains unresolved and that there has been no mutually acceptable solution and that China doesn't recognise the traditional and customary alignment of the boundary.

The Defence Minister told the Lok Sabha that the Chinese maintains that the boundary between the two countries has not been formally delimited.

The Defence Minister called for a resolution that "we stand shoulder to shoulder with our armed forces who are guarding our borders to safeguard India's sovereignty and integrity."

"We are facing a challenge in Ladakh and I urge the House to pass a resolution in support of our Armed Forces who have been defending our motherland at great heights and most inclement weather conditions in Ladakh for our safety and security. This is a time when this august House has to come together and reiterate confidence and faith in the velour of the brave armed forces and support them in the mission that they have undertaken to protect the territorial integrity of our motherland," Singh said.