Independence Day: We Are Free, In A Changing World

Politics is shifting and if it continues, it would be a huge setback for fundamental rights and freedom -- freedom that did not come easy. 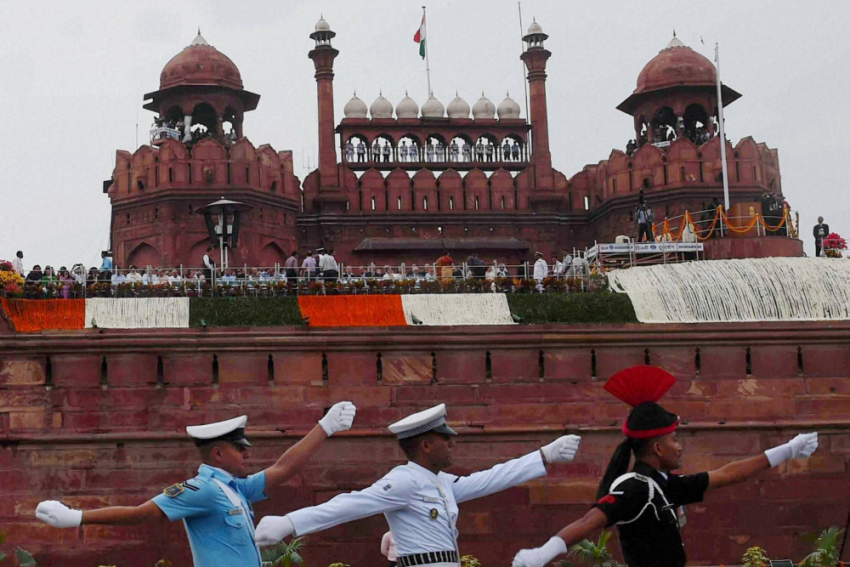 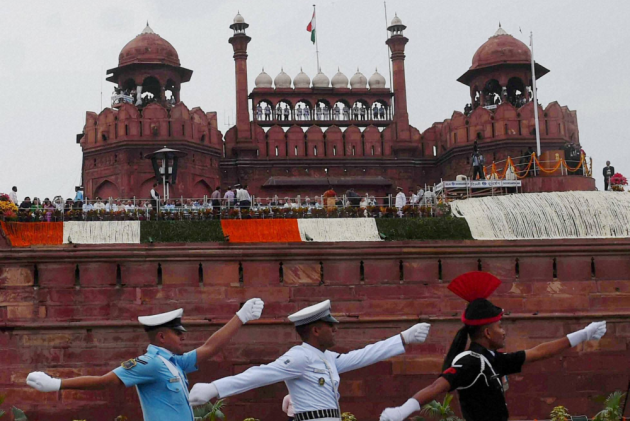 There was a time, not very long ago, when the common man on the street did not enjoy the small liberties we take for granted today. Racism was real, as were blatant signs that said: “dogs and Indians not allowed”. We were second-class citizens in our own country, press freedom was curtailed through the Rowlatts Act, people were subjugated and the country’s resources systematically looted. All that changed 72 years ago.

We are now the world’s largest democracy -- of the people, for the people, and by the people -- and people there are plenty! There will be around 900 million of us eligible to vote and choose our leaders in 2019. It is a huge number and especially significant given that democracy seems to be sliding down across the globe. As per a US NGO Freedom House, “political rights and civil liberties around the world deteriorated to their lowest point in more than a decade in 2017”. The downward drift has been continuing for the past 12 years.

There are many reasons for this. Things are changing around the world. The United States, once the biggest champion of democratic values, is now under the Donald Trump administration, veering away from its traditional leadership role. It was historically committed to supporting democracy, but two wars, economic pressures and changing internal public perceptions have eroded its position. In Europe, Turkey and Hungary are sliding into authoritarian rule. A failed coup attempt in Turkey in 2016 led to an intense campaign that saw thousands being detained, media being gagged, businesses shut down.

Poland is trying to control the judiciary through a contentious reform that allows the government to choose the Supreme Court chief. Some of the more liberal European nations are caught up with internal socio-economic challenges, terrorist attacks and the increasing influx of refugees that is dividing internal opinion. There has been a surge in populist right-wing leaders across Europe. Germany, for example, did not have a significant right-wing party for nearly 70 years after the World War II, but now it does, like most of the others - Poland, Hungary, France, Netherlands, Italy…the support for the radical right, populist parties is higher than its ever been in the past 30 years.

In Asia, Thailand’s military is entrenching itself into the political system and Maldives is facing a huge pressure on freedom of speech and dissent.

Myanmar which was making hesitant progress towards democracy after it held elections in 2010 shocked the world with its campaign of ethnic cleansing against the Rohingyas. Political opponents have been jailed in the Philippines, and Cambodia has come down heavily on opposition groups and the press. These are just a few examples.

Countries like Afghanistan, Yemen, Iraq, Sudan, and Syria are facing bloody armed conflicts, resulting in grievous loss of life, property and millions of people being displaced. Africa has a deeply flawed electoral system and is engaged in the civil war on several fronts. The big autocracies like Russia and China are tightening their powers. The Chinese government is deepening surveillance and using artificial intelligence and a network of technologies to monitor and track their citizens. Russia’s authoritative tendencies keep challenging the West. It seems slowly a new world order might just be emerging.

Politics is shifting and if it continues, it would be a huge setback for fundamental rights and freedom -- freedom that did not come easy. In the 18th century, it was the American Revolution that led to the foundation of a strong democracy. Throughout the 19th century, more than one-third of the world lived under colonial powers, and most of the other countries were under autocrats. There were attempts towards political freedom, and at the same time many authoritarian regimes also cropped up. The first half of the 20th century saw fledgling democracies like Spain, Italy, and Germany collapse. It was only towards the second half of the century that the world changed significantly. Colonial empires began to crumble, the Soviet Union broke down and led to an increasing number of democratic nations. The end of the cold war in some ways signalled the ideological victory of democracy and the end of totalitarianism. But now democracy itself is going through a difficult time.

Seventy-one countries have seen a decline in political rights and civil liberties, and only 35 have seen an improvement. This is a worrying trend. And the biggest challenge possibly comes from within - the voters themselves who are growing increasingly restless and disenchanted, focusing instead on a more narrow-minded vision of the future. This is especially true for the young generation which may not fully comprehend or appreciate the value of freedom, and take it for granted as they weren’t present in the days when it didn’t exist. Trust in political institutions has declined, enough studies have been done that suggest the youth are losing faith in democracy and are increasingly open to other forms of governance.

Democratic indifference is setting in amongst the millennials, who are cynical and often apathetic and also fairly open to an anti-liberal stance.

In India, where roughly half our population is still young, this could be a serious concern. Which is why it is even more important for us to celebrate today – August 15 -- the day of our independence.

We are a proud and vibrant democracy, and will continue to be so. As an individual, we must value what we have and as a country perhaps lead the way for the rest to follow.

Country Needs To Be Rid Of 'Demonic Mindset': PM Modi On Rape Cases