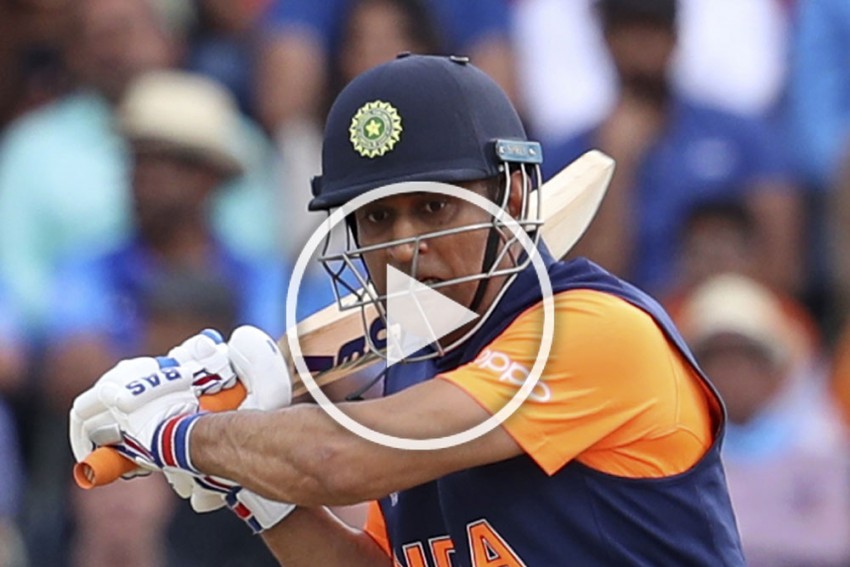 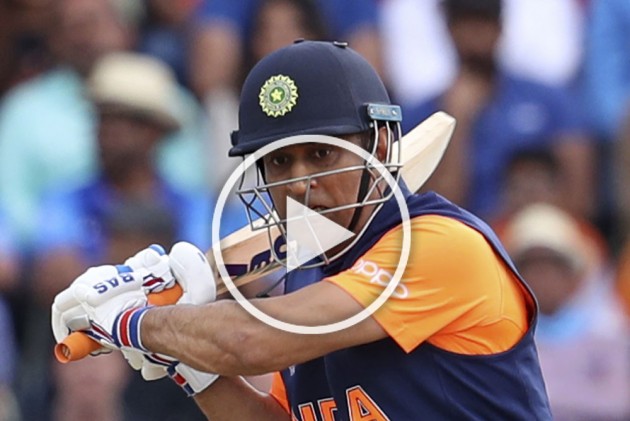 Former India captain Sourav Ganguly was at a loss for words after seeing MS Dhoni play an uninspired knock against England during their ICC Cricket World Cup 2019 group match at Edgbaston, Birmingham on Sunday.

Dhoni once again found himself at the receiving end for his lack of intent as India lost the high-scoring match by 31 runs. Chasing 337, India could manage 306/5 in their full quota of 50 overs with Dhoni and Kedar Jadhav remaining unbeaten on 42 (31 balls) and 12 (13 balls) respectively.

Also Read: Not The Best Of Times To Be MS Dhoni

After Hardik Pandya fell in the 45th over of the chase, India required 71 from the final five overs. All eyes were on Dhoni who has been known as the chase master and is counted among the best finishers in the game.

However, the 37-year-old along with Jadhav, struggled and they only able to fetch 39 in the final 31 balls, which included 20 singles and seven dot deliveries.

Dhoni's batting approach was questioned by many, including the Ganguly and former England captain Nasser Hussain.

"I don't have an explanation for that. You asked me the question but I can't explain these singles. It's also the length and the bounce that has deceived the Indian batsmen. You can't be chasing 338 and still have five wickets in the end.

Archer comes in bowls at 5th stump with enough roam for #Dhoni to free his arms & hit the ball but #Dhoni just tabs it for a single. Listen what Ganguly & @nassercricket Hussain had to say. It was embarrassing as a cricket loving fan. #CWC19 #ENGvIND pic.twitter.com/mmhaVfTEs2

"It's about mindset and the way you look at the game. The message had to be clear: no matter where it comes and no matter where the ball lands you have to find the boundary," said Ganguly while commentating during the last 10 overs of India's chase.

Hussain, who was commentating alongside Ganguly, also failed to understand the batting approach adopted by Dhoni in the death overs.

"I am completely baffled. What's going on! This is not what India needed. They need runs. What are they doing? Some Indian fans are leaving now. Surely they must want to see Dhoni go for his shots, even if he slogs it off in the air. It's a World Cup game, top two sides, give it a go! Indian fans would want their side to do a little bit more. They want their side to go down with a fight. Risk it to win it," said Hussain.

"If there was any team that had the ability to stop India's winning run. It was England. Dhoni's approach in the last few overs, however, was baffling," said Manjrekar on Twitter.

Meanwhile, skipper Virat Kohli, once again came to Dhoni's defence and said that the wicket got slower towards the end of the game which made scoring big hits quite difficult.

"I think MS was trying really hard to get the boundary but it wasn't coming off. They bowled in good areas and the ball was stopping, hence it was difficult to bat towards the end," said Kohli after the game.