In India, Leprosy Thrived On Years Of Under-Reporting And Decreasing Budget Support 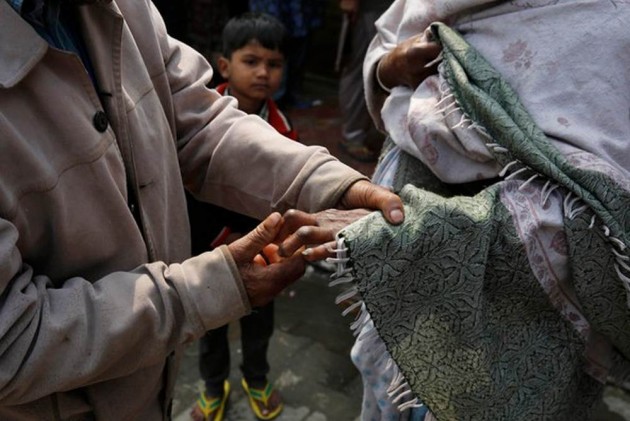 The Central government is on a drive to increase the number of leprosy cases recorded by the ministry, according to the deputy director general (Leprosy) functioning under the Ministry of Health.

DDG (leprosy) Dr Anil Kumar told Outlook that since his tenure in 2014, his aim has been to detect more cases, not just reduce number of leprosy cases.

“The ministry’s approach in fighting leprosy has now shifted to detecting more cases. If we know about more cases, we can treat them accordingly under the system,” he says. The statement comes as a contrast to the general idea in the country that a lower number of leprosy cases recorded means that India’s leprosy burden has decreased.

A recent World Health Organisation report on neglected tropical diseases revealed that India is still responsible for more than 60% of all leprosy cases in the world. Leprosy was declared as an eliminated disease by the government of India in 2005. This means that the prevalence of leprosy in India is not more than one in 10,000 people, according to WHO standards.

Yet, while the prevalence of the disease may not have increased in the country since 2005, it hasn’t decreased either.

According to data from the report, India registered 1,27,000 cases in 2015, a marginal decrease from the 1,39,000 cases registered in 2005. According to Dr Vineeta Shankar of Sasakawa – India leprosy foundation, this is because of the government’s decision to dismantle the leprosy programme in 2005 and integrate it with the national health programme.

“The programme for leprosy under the government before 2005 had a cadre of people who were trained in detection and treatment of the disease. After the integration of the programme into the national health policy, this cadre has been eroded and we no longer have enough qualified people to detect and treat leprosy under the government,” she says. She also says that these numbers might be underreported since the district leprosy officers assigned by the government find incentive in under-reporting cases.

Another reason for the lack of decrease in leprosy cases, according to Dr Shakar is the fact that while the government managed to eliminate the disease at a national level, they failed to look carefully at the regional level, where the disease is most prevalent. India still has 118 districts through the country, which haven’t reached elimination levels and much further away from eradication.

It has also been reported that four states—Delhi, Chandigarh, Lakshadweep and Orissa have shown an increased prevalence of the disease though it was earlier eradicated.

According to Dr Shanker, an increase in prevalence in Orissa and Lakshadweep can be because of the lack of proper resources available to those who get the disease. “Leprosy is a poor man’s disease,” she says. “The bacteria that causes the disease is more likely to spread in poorer areas.” As for an increase in prevalence in Delhi, she says that this is because of the mass migration the city experiences. “People from around the city often come as migrant workers to Delhi. This is quite possibly the reason for the increase in number of leprosy cases reported in the city.” The All India Institute of Medical Sciences in Delhi also has a weekly leprosy test and treatment day which makes more people come into the city to seek treatment.

Leprosy is a curable disease if treated early and ceases to be communicable within the first week of medication, says Dr Kumar. Under the government of India, all leprosy medications are available free of cost in most primary health care facilities and detection tests should also be readily available in any government hospital. Unfortunately, this is not the case.  “ technically availability of such medicines should not be an issue in PHC’s but I have heard several people tell me that the PHU stocks are not available or of bad quality,” days Dr Shanker. She also adds that it is the job of Asha workers to identify cases of leprosy in villages and they might not always be trained to pick up signs of the disease in its early stages.

Dr Kumar says that the government is now taking steps to fight the disease properly. “We are looking at bringing down grade II disability from the disease through more detection. This will result in the number of cases going up initially, but that is a good thing,” he says. He also adds that the leprosy program has now shifted focus from simple detection of the disease to rehabilitation and recovery of such patients.

Yet, the government’s budgetary allocations to fight the disease have been on a steady decline since 2005.

In his 2017 budget speech, Finance Minister Arun Jaitley announced the government’s intention to eliminate five diseases. “Government has prepared an action plan to eliminate kala azar and filariasis by 2017, leprosy by 2018 and measles by 2020,” he said.

Dr Kumar does say that the government increased budgets last year for the program to conduct a leprosy detection campaign in September 2016 but for the other years, the budgets have been constantly decreasing.

For cases of leprosy to be reduced in the country, the government needs to yet again undertake an individually designed leprosy program which like the recent HIV policy, pays special attention to economic rehabilitation as well as dilution of social stigma attached to the disease.