In the complaint, the students alleged that the place where they were made to sit was used to keep horses. 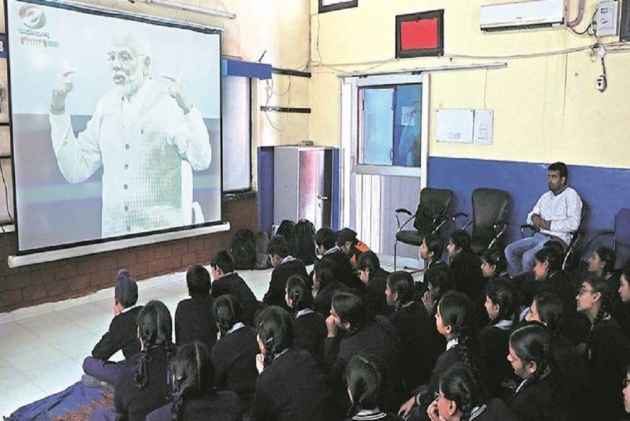 Dalit students of a school in Himachal Pradesh’s Kullu district were made to sit separately outside their classrooms during the live telecast of Prime Minister Narendra Modi’s ‘Pariksha Par Charcha’ on Friday.

PM Modi interacted with thousands of students from across the country as a part of his Pariksha Par Charcha, an extension of his pet charcha theme. During the interaction session, PM Modi addressed several examination-related concerns of the students who are appearing for the board's exam this year.

According to The Indian Express report, all the Dalit students were separated from other students and were made to sit at a place where horses used to stay.

The incident came to light after a written complaint was filed with the deputy commissioner of Kullu by the students who alleged that a teacher named Meher Chand told them to sit outside the room where the television had been set up to air the programme.

The complaint, apparently written in Hindi on a school textbook, said that the place where the students were made to sit was used to keep horses. Further, they were warned that they could not leave until the programme was over.

“This matter has come to my notice today. I have asked Secretary, Education to get a report and take stern action,” state education minister Suresh Bhardwaj told The Indian Express.

In the meantime, authorities of the concerned school have issued an apology letter stating that they are investigating the matter.

“The headmaster of the school, Rajan Bhardwaj, has confirmed the incident and tendered an apology, assuring that this will not be allowed to happen again. But that’s not enough,” said a member of the state education department.