During the five-match series, which India won 3-1, Kohli scaled the 10,000-run milestone. He slammed three tons for an aggregate of 453 runs and remains No.1 with 899 points. 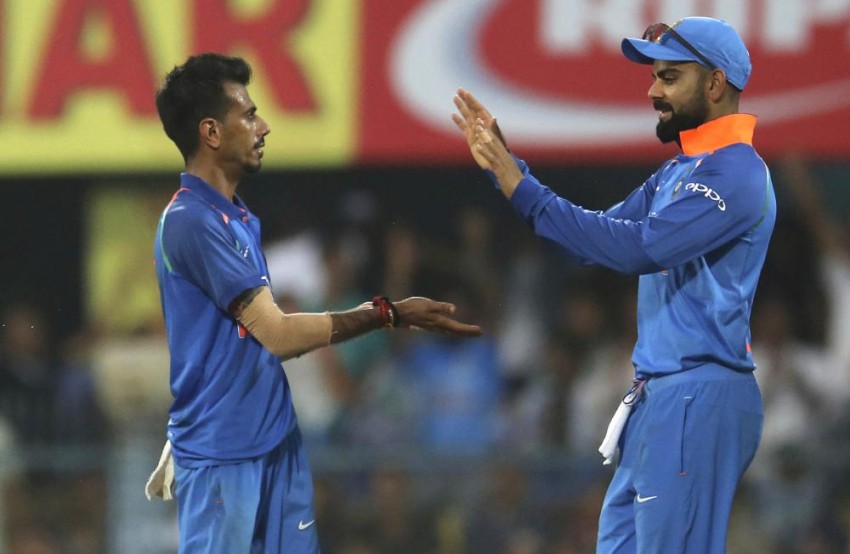 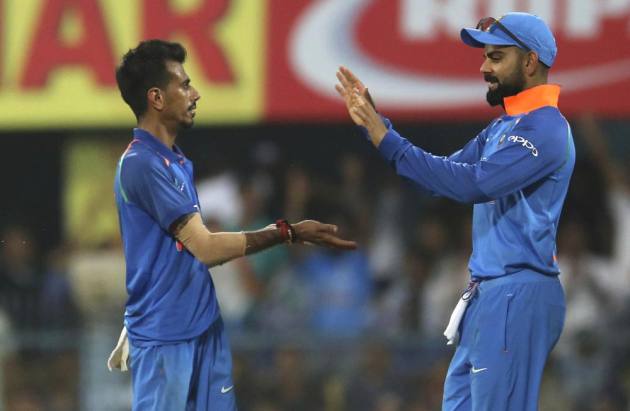 After a productive ODI series against the West Indies, India captain Virat Kohli has consolidated his position as the top-ranked batsman in the world.

In the latest International Cricket Council (ICC) rankings released on Friday, Kohli and his deputy, Rohit Sharma retained their one-two spots on the table.

During the five-match series, which India won 3-1, Kohli scaled the 10,000-run milestone. He slammed three tons for an aggregate of 453 runs and remains No.1 with 899 points. Sharma, who is at No.2 with a career-high 871 points, is not too far behind his skipper.

But Rohit's opening partner Shikhar Dhawan, who failed to register a half-century in the five innings during the series, has slipped four places to be ninth.

For the West Indies, Shai Hope and Shimron Hetmyer are the biggest gainers in the batsmen rankings.

Hope scored 250 runs in the series at 62.50 and has been rewarded with a jump of 22 places that has not only put him in 25th position but has also confirmed his status as the highest-ranked Windies batsman.

Hetmyer, who captained the Windies to the ICC U19 Cricket World Cup title in 2016, was his side’s leading run-getter with 259 runs at 51.80. This performance reflects in the latest batting table as the left-hander has vaulted 31 places to claim 26th position.

The two batsmen are enjoying their career-high rankings and are now separated by only nine points. But, more importantly, the Windies now have two representatives inside the top-30 among batsmen.

Yuzvandra Chahal Breaks Into Top-10 For The First Time

In the bowlers’ table, Yuzvandra Chahal, Akila Dananjaya and Ravindra Jadeja have made big impacts, while number-one-ranked Jasprit Bumrah has achieved a career-high 841 rating points, which is the highest in ODI bowling since Shaun Pollock had 894 points in 2008.

Bumrah leads third-ranked Kuldeep Yadav by 118 points. Yadav is also at a career-high 723 rating points, while leg-spinner Chahal broke into the top-10.

Chahal has entered the top-10 for the first time in his career by rising three places to eighth, Sri Lanka’s Dananjaya has achieved a career-high ranking of 13th after his nine wickets helped him jump eight places, and Jadeja has climbed 16 places to move to 25th spot after picking up seven wickets.

England are the number-one ranked side, while India are second. India trail England by five points but lead third-ranked New Zealand by nine points.

India recently defeated the eighth-ranked West Indies 2-0 and have 116 points in their kitty, 10 more than second-placed South Africa.

In other series across the globe, Bangladesh will play host to Zimbabwe and the Windies in a two-Test series each, England will travel to Galle for first of the three Tests against Sri Lanka, while the United Arab Emirates will be the stage for the three-Test series between Pakistan and New Zealand.

Sri Lanka can move ahead of fifth-placed Australia, but will have to win all the three Tests; New Zealand will rise to second irrespective of how Sri Lanka-England series ends if they sweep the three-Test series against Pakistan; while Pakistan can move ahead of Australia if they win 3-0.