Chennai, coached by Singaporean Akbar Nawas, has been the most impressive side of the league so far, winning four out of their five games and drawing one. 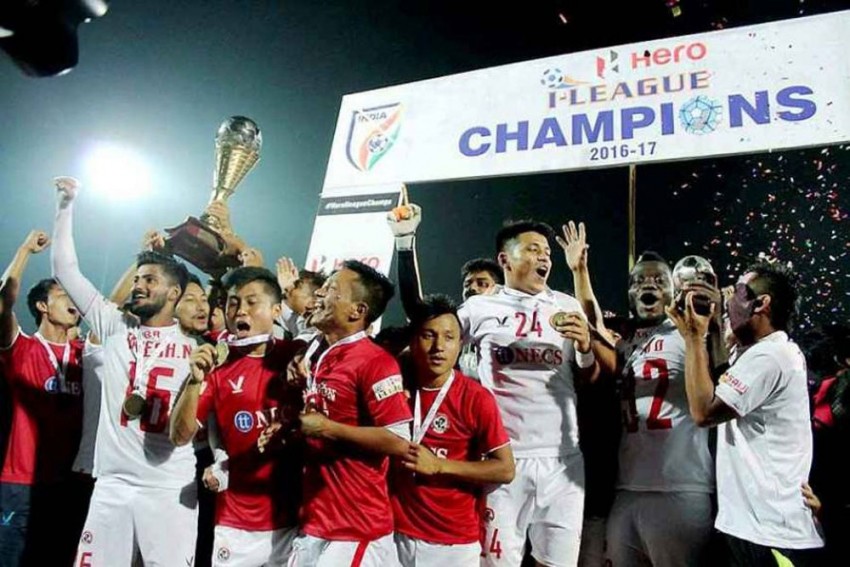 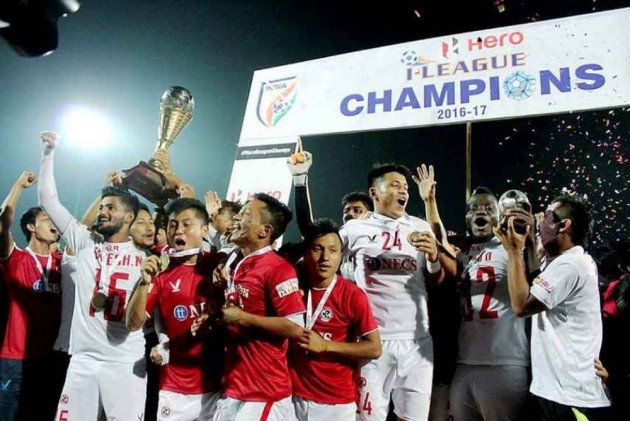 Bottom-placed Aizawl FC face the East Bengal test while table-toppers Chennai City host NEROCA in the I-League on Saturday. Aizawl-EB encounter starts at 2:00 PM while the second match kicks off at 5:00 PM IST.

Languishing at 11th, the former champions Aizawl will hope for a change of fortune when they host favourites East Bengal. Both teams go into the game after losing their last match against current leaders Chennai City FC by an identical 1-2 margin at their respective home grounds.

The loss saw East Bengal slip to the fourth position after three games, while Aizawl, who had a much tougher start, managed just two points from their first five games to be placed at the 11th spot without a win to their name so far.

It does look like a mountain to climb for coach Gift Raikhan's home team, given their strikers are not scoring and three of the five goals they have scored so far have come from setpieces.

Liberian striker Ansumanah Kromah did manage to get a field goal to his name in the last game but returns clearly need to be much better.

Bektur so far has looked the most enterprising among all Aizawl midfielders and deserves more game time. Kareem, on the other hand, not only brings a lot of solidity in defence but also has a history of scoring goals. His absence in the last game due to injury made Aizawl all the more fallible.

"We are yet to win a match. We need that badly. Once we achieve it, I am sure we'll gain more confidence for the upcoming matches. We'll attack against East Bengal," said Raikhan.

"But while attacking, we shouldn't make any mistake in defence. We committed one and Chennai punished us. That's one area where we should be more careful tomorrow."

For the visitors, they will need to put the last game behind them and refocus.

Their main problem has been their midfield failing to take control and Syrian midfield general Mahmoud Al Amna's absence due to injury is surely being felt by their Spanish coach Alejandro Menendez.

East Bengal's strikers Jobby Justin and Mexican Enrique Esqueda have scored five goals between them but coach Menendez might take the opportunity to test out Bali Gagandeep in this game.

Gagandeep, who played a key role in Minerva's title win last season, is yet to get a game.

Coach Menendez said, "We are worried about Aizawl's high-intensity game. Their energy level is very high and we have to be apt to get a win against them.

"After the last match, we have to get back to the winning ways sooner than later and tomorrow we'll try our level best to get that win.

"Aizawl haven't been able to get a win so far but that doesn't mean that they are going to be an easy opponent. We have seen their last match and we know how challenging this match is going to be."

In Coimbatore, table-toppers Chennai City FC will look to continue their invincible run when they take on Manipur-based side  NEROCA FC

Home team Chennai, coached by Singaporean Akbar Nawas, has been the most impressive side of the league so far, winning four out of their five games and drawing one.

The hosts have impressed with their style of play with the awesome Spanish quartet of Pedro Manzi, Nestor Jesus, Sandro Rodriguez and Roberto Eslava, forming the bulwark around which Akbar has built his side.

The contribution of the Spaniards is evident from the fact that striker Pedro and midfielders Nestor and Sandro have hit nine of the 13 goals scored by Chennai in the league, which is an astounding five goals ahead of second-best Gokulam FC.

Coach Akbar will, however, be wary of the fact that his side has not made it to the clean sheet list so far and had it not been for Eslava's performance at the back, they could have conceded more than seven, among the top three conceders, that they have till now.

"We should not rest on our laurels by thinking about the run or looking at the table. We should keep our feet firmly on the ground and focus to compete against NEROCA which will be a tough game," Akbar said.

NEROCA's Spanish coach Manuel Fraile, on the other hand, will be happy to find his side at the sixth place with five points, given the fact that they scored only three goals so far.

Two of those goals came in the last game against Real Kashmir in Srinagar, a game which they did well to win given the conditions.

Their striker Nigerian Felix Chidi, also opened his account in the same game with a couple of strikes which should also warm coach Fraile's heart.

"After the win against Real Kashmir, we are more confident and given the conditions, its ideal time to face the table-toppers- we are ready for that," said Fraile said.

"Indian players need to step up as well as the foreigners. It's a test for everyone including me and we believe we can overcome if we play to our potential.

"Manzi, Nestor and Sandro have been extremely good for them so far and they are ruthless. Defenders have a tough job tomorrow but we also have our plan in place. Now we just need to keep our head down and execute," he added.

The conditions here at the Nehru stadium will be completely different for Fraile's side and it will have to quickly adapt to the humidity in particular.

NEROCA will also be hoping that they get back inspirational Japanese winger Katsumi Yusa back to full fitness and ready to start as well as Singham Subhash Singh back in his elements in the forward line, for any chance to put it over a rampaging Chennai City.