'I Have A Sense Of Unease About These Awards'

The historian, who recently refused the Padma Bhusham, says while she appreciates that the current government chose to honour those targetted by the previous regime, the line between state awards and government patronage has to be maintained. 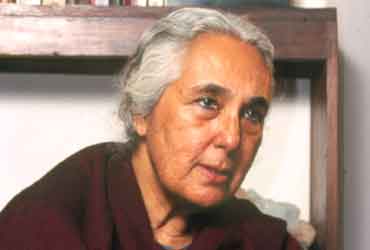 Why did you refuse the Padma Bhushan?

I have a sense of unease about these awards. Over the years, there has been a degree of slippage and state awards are often seen now as government awards--in effect, as government patronage. The line between them may be thin, but it has to be maintained.

Why do you object to being patronised by the government ?

Because there are governments and governments! I approve of the present one, but I was opposed to the previous BJP government. I see the relationship between the state and the academic as a two-way process. Academics can give legitimacy to a particular state system even if they are dependent on the state for financing the institutions in which they work. The relationship should therefore be treated as one among equals and not a patron-client relationship.

This relationship is even more important in the light of our experience with the previous government. That was a clear case of a government attempting to impose its ideology on education. It was obstructing the development of critical enquiry which is essential to promoting knowledge. That phase has passed and we now have a situation where, inevitably, there is a shuffling out of people from various educational institutions. People like me who were earlier being targetted are no longer harassed. But these steps are temporary. What I am hoping for is that we will strengthen our institutions with statutory status and legal procedures that will help them maintain their autonomy. This is essential to stop political interference in the future. I would like to see more safe-guards installed to prevent the kind of onslaught the BJP unleashed on educational institutions.

You were also the target of vicious personal attacks. Don't you think the announcement of the award is a kind of vindication of the stand you took during the last five years?

I have always appreciated professional comments on my work. What irritated me was that people with no competence in history were the loudest in attacking me as a historian. Their intention was not to question the knowledge I was generating, for hardly any of them had even read my work. The intention was entirely political. For the BJP, history was used as a handy tool for political mobilisation and anyone who questioned this had to be pushed aside. Most people did not see this and thought that the debate reflected the nature of historical research. However historians and academics saw through this and were supportive of those of us who were being targeted.

One message from the current awards is that apart from others, the government chose to honour those of us who were targetted earlier, and to that extent I appreciate this gesture. Nevertheless, the system makes one feel that one should be a little distant and all the more so if one is trying to be consistent in how one views state awards.

This is no way alters the fact that there is an enormous sense of relief that the focus of public debate has changed to the basic issues of our society in the last few months. I was more than delighted with the election results. But we should not stop at this. This is the time to ensure that institutions promoting the advancement of knowledge can be so strengthened as to be able to resist political interference, in light of our experience with the previous government. That was a clear case of a government attempting to impose its ideology on education. It was obstructing the development of critical enquiry which is essential to promoting knowledge.