'I Didn't Know What Was Happening'

On his knock of 38 in the final: I told Mohinder Amarnath that I could not figure out what to do, and he simply told me to play my natural game 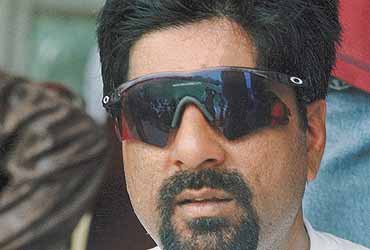 Outlook talked with several World Cup stars to discuss the key moments of the final and the tournament. Excerpts

The wicket was somewhat damp. Sunny fell early. The West Indies had great fast bowlers, and I didn't know what was happening. Joel Garner especially was bowling very well and I just could not figure him out. I told Mohinder Amarnath that I could not figure out what to do, and he simply told me to play my natural game. After that, I did just that and played some aggressive strokes.

Roger Binny and I were supposed to be the best fielders in the team then, and when we were close to winning, we were afraid to field at the midwicket fence because the crowds were sure to rush in. So, when the ninth wicket fell, I just kept my eyes away from Kapil Dev -- otherwise he would have asked me to go to the midwicket fence! I looked the other way, and Roger was right in front of Kapil, so Kapil told him to field at midwicket! Roger never stopped complaining about that!

(As told to Rohit Mahajan)